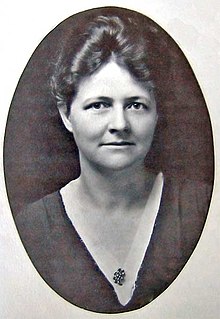 On a cold winter's night in 1893, a young girl overheard a discussion about an incident that happened in Paris, Texas 150 miles north of her home in Palestine. What she heard should never have been heard by a child, but 9-year-old Jessie listened, and it set the direction for the difference she'd make as woman and the impact she would have.

The incident overheard involved a lynching of a young black man who had been accused of murdering a 3-year-old child named Myrtle Vance. Whether or not the young man actually committed the crime didn't matter to the town, and a group of men dragged Henry Smith to a field where about 10,000 people witnessed his execution. After several hours of torture, the men men mutilated him, poured coal oil over his body, put a rope around his neck, set him on fire and lynched him.

Little Jessie never forgot that story and devoted her life to preventing such atrocities and securing the vote for women in Texas.

Jessie was born in Palestine, Texas on November 2, 1883 and lived there when the lynching occurred in Paris, Texas. Four years after the incident, the family moved to Georgetown where Jessie grew up and enrolled in Southwestern University at the age of 13, one of the youngest to ever attend college. She lived in the Women's Annex with other female students and graduated from the college in 1902 with a Bachelor of Arts degree. The family then moved to Laredo, Texas where Jessie joined the Methodist church with her mother and sister.

In 1905, at the age of 22, Jessie married Roger Post Ames, who was a working with Walter Reed in Cuba. Their marriage was not a happy one because of the long separations caused by his work. Although he died in 1914 in Guatemala with blackwater fever, he and Jessie had three children, the third of whom was born shortly after Roger Ames death.

Ames as a young business woman

At age 31, a widow with three young children, a son and two daughters, Jessie entered the world of business and worked at the Georgetown Telephone Company which was owned by her mother, also a widow. In a male dominated business, both Jessie and her mother rose as competent, tough competitors.

This experience caused her to be very sensitive to the inequalities suffered by women. She entered the world of politics and organized the Georgetown Equal Suffrage League in 1916 and served as its treasurer in 1918. That year, the Texas Senate passed a bill which allowed women to vote in state primaries. Over 3,000 women were registered in the next seventeen days. The league provided voting instructions and mock elections to help women understand the process and to responsibly use their new rights.

In 1919, she served as the first president of the Texas League of Women Voters. Now her interests returned to that incident of her childhood, and her efforts turned to the rights of blacks and interracial cooperation.

From that interest and concern, Jessie served as chair of a women's committee of the new formed Texas Interracial Commission in 1922. In 1930, after another horrendous lynching revived all of the old memories, Ames founded the Association of Sothern Women for the Prevention of Lynching (ASWPL). She had garnered over 40,000 signatures of people against the practice. The group worked hard and diligently to do away with the horrors of lynching. They visited churches, social service organizations, and local law offices to gain allies for their crusade.

That work had an effect on interracial justices, but not enough. Jessie and many other women continued to work toward and address social ills. They encouraged women to use their vote as a bloc to to achieve workplace equity, marriage equality, educational opportunity, and racial justice. 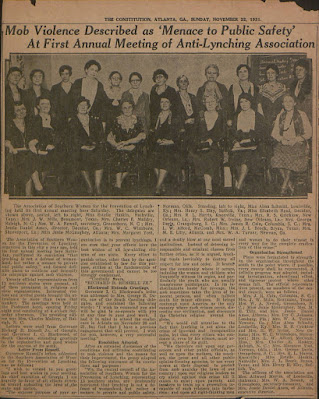 These are two news articles that appeared reporting Jessie's endeavors for racial equality and the abolition of lynching. 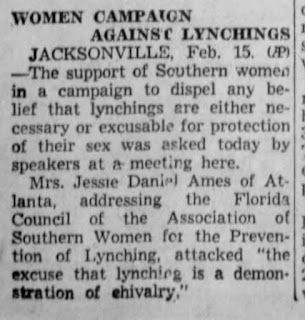 In 1924 she served as the director for the Texas Commission on Interracial Cooperation. (CIC) Five years later, she moved to Atlanta to become the national director.

Before lynching declined in the early '40's, she wrote two books, Southern Look at Lynching in 1937 and The Changing Character of Lynching in 1942.

Jessie Ames spent thirty years working as a public crusader for the rights of women and racial equality during a time when neither topic was considered to be a polite topic of conversation. Her efforts helped to lay the groundwork for the beginning of more rights for women and blacks in the 1960's and '70's.

In 1942, the ASWPL was absorbed into the CIC, and in 1944, she retired from public service and moved back to Georgetown to live with her daughter. She died in Austin, Texas in 1972 at the age of 88.

Her home in Georgetown has been designated as a historical site and a marker sits in front to tell a part of the history. 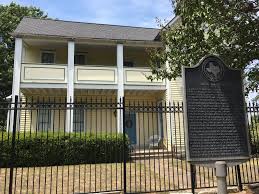 The memories of a young child led to a movement for equality that changed the lives of women and black people. Times are changing even today, and Jessie Ames' endeavors are still a work in progress as people in Texas and across the nation strive for equality in all walks of life.
Are there memories from your childhood that have affected your attitudes or beliefs today? 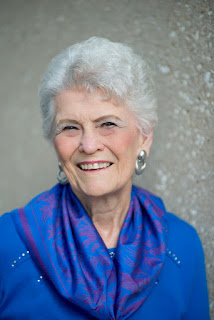 Martha Rogers is a multi-published author and writes a weekly devotional for ACFW. Since receiving her first novel contract at age 73, Martha has written and published over 50 books. Martha and her husband Rex live in Houston, Texas where they are active members of First Baptist Church. They are the parents of three sons and grandparents to eleven grandchildren and great-grandparents to six. Martha is a retired teacher with twenty-eight years teaching Home Economics and English at the secondary level and eight years at the college level supervising student teachers and teaching freshman English. She is the Director of the Texas Christian Writers Conference held in Houston in August each year, a member of ACFW, ACFW WOTS chapter in Houston, and a member of the writers’ group, Inspirational Writers Alive.