A few weeks ago, I got a fun tweet from a gal whose Twitter name is MelissasLibraryLife. She was reading a pre-pub copy of The Cryptographer’s Dilemma and asked me this question:

“Only a few pages in and I wonder if it was based on Elizebeth Friedman’s doll collection case? Her collection is here at the #MarshallFoundationLibrary.” 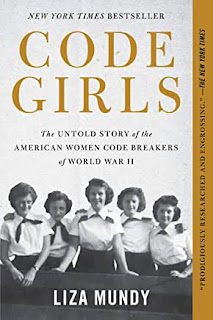 My heroine’s backstory resembles that of many of the young women who were recruited by either the Navy or the Army to break codes. My main source for their stories was Code Girls: The True Story of the American Women Who Secretly Broke Codes in World War II by Liza Mundy.

These women often attended college on scholarships because their families were financially ruined during the Great Crash of 1929. They majored in such fields as astronomy, music, mathematics, and languages, and they often became teachers. As the young men went off to war, however, more job opportunities opened up for these talented and intelligent women.

I also read about Elizebeth Smith Friedman, first in Velvalee Dickinson: The “Doll Woman” Spy by Barbara Casey and in an until-then-unread book I found on my own WWII bookshelf, The Woman Who Smashed Codes: A True Story of Love, Spies, and the Unlikely Heroine Who Outwitted America's Enemies by Jason Fagone. 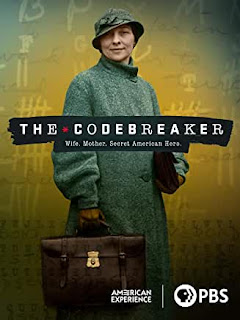 Melissa, who is the director of library and archives at the George C. Marshall Foundation, told me that Elizebeth and her husband had donated more than 800 photos, their personal papers and library, and even their desk to the Marshall Foundation located in Lexington, Virginia. She even “had the privilege of supplying information” for an episode of PBS’s American Experience called “The Codebreaker” (Season 33, Episode 1). I purchased the episode on Amazon Prime (only $4.99!) and highly recommend it.

Elizebeth was the youngest of ten children born to John and Sopha Smith, Quakers who lived on an Indiana farm. She graduated from Hillsdale College (Michigan) in 1915. Though she majored in English literature, she also studied Latin, German, and Greek.

In a strange turn of events, Elizebeth was hired by George Fabyan, a wealthy textile merchant, to search for enciphered messages he believed were hidden in Shakespeare’s works. Though she never found these messages, her work led her to decode messages for the government during World War I, during Prohibition, and during World War II. 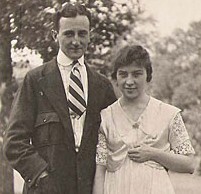 After Velvalee’s arrest for sending coded messages to the Japanese, J. Edgar Hoover asked Elizebeth to review the letters to help the FBI build their case. Though she wasn’t the first to break Velvalee’s jargon code, she did perform [check this].

Unfortunately, Hoover made sure the FBI was credited with much of Elizebeth’s work—particularly for the codes she broke during WWII. Her contributions were mostly lost to history until documents from the era were eventually declassified.

This photo of Elizebeth and her husband, William, on their wedding day in May 1917. William was also a cryptographer with the U.S. Army. In the 1930s, he ran the Army's Signal Intelligence Service research division. [Photo Credit: George C. Marshall Foundation, Lexington, VA. (Thanks, Melissa!)]

Elizebeth died on October 31, 1980 at the age of 88. After her death, she received the following honors:

Here are the links to my previous posts about "The Doll Woman" investigation: 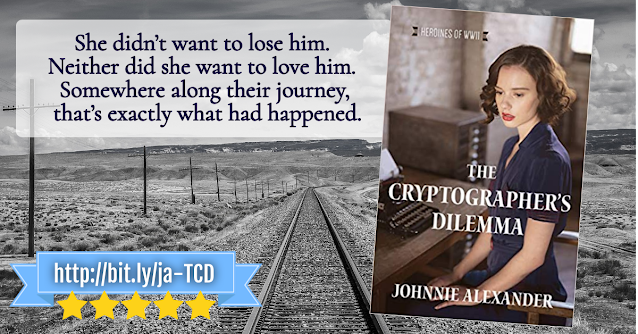 Johnnie Alexander imagines stories you won’t forget in multiple genres. A fan of classic movies, stacks of books, and road trips, she shares a life of quiet adventure with Griff, her happy-go-lucky collie, and Rugby, her raccoon-treeing papillon.
Purchase The Cryptographer's Dilemma at http://bit.ly/ja-TCD.