The Development of the Jekyll Island Club

Last month’s post shared how “the richest, most exclusive club in the world,” the Jekyl [early spelling] Island Club, began in the 1880s on a small island off the Georgia coast. As the executive committee got to work turning a hunting reserve into a posh resort for New York and Chicago’s industrial barns, club founder Newton Finney resigned from the committee to become secretary. 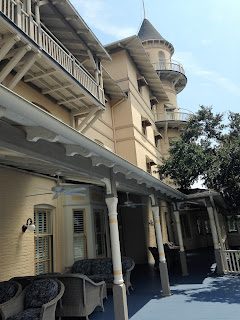 Chicago architect Charles Alexander was hired to design the club house, while Horace William Shaler Cleveland, one of the best-known landscape architects in the country, came on board to lay out the grounds. Seventy-three-year-old Cleveland wrote to fellow architect Frederick Law Olmstead that “it took all the resolution I could muster to traverse on foot or on horseback the areas of forest I had to explore, and in spite of every possible precaution, I was bitten and stung from head to foot.” He determined that the Jekyl Club would possess a “style of severe simplicity” and remain a “natural paradise.”

Meanwhile, Alexander designed a four-story, Queen Anne club house with sixty guest rooms; dining facilities; rooms for reading, cards, and billiards; and a barber shop. Quarters included single and double bedrooms, with or without parlor and bath. Prices ranged from $1.50 to $6 per night, with guests paying twenty percent more than members. The top floor was originally to be reserved for servants, but by May 1888, a separate servants’ annex was constructed. In the process of building, Alexander faced incompetency, sickness, and an inadequate pier, but he finally declared the grand hotel ready in November of 1887. 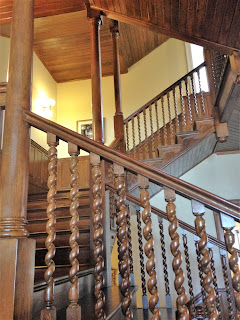 One of the original club members, Richard Ogden, was appointed superintendent to oversee the initial season beginning in January of 1888. One of his duties included the removal of wild stallions and an overpopulation of wild hogs. In 1899, a professional hunter was employed to deplete their numbers, and an open season was given to members. Ogden also oversaw grading roads, draining ponds, stocking the island with quail and pheasants, constructing buildings, and planting crops.

Jekyl’s executive committee arrived on January 21, 1888. Mr. and Mrs. William Rockefeller arrived on March 2. Fashionably late, the Vanderbilt yacht, the Alva, sailed into Brunswick harbor March 31. Most members traveled by private train car. During that month, more than 200 members, guests, and staff crowded the club house with expectations of boating, driving, hunting, and yachting. One hundred and fifty feet of beach awaited them at high tide, and on the other side of the island … the Marshes of Glynn with their mysterious Spanish moss. Soon the wealthy families would overflow the club house and build cottages of their own. Read all about them in next month’s post. 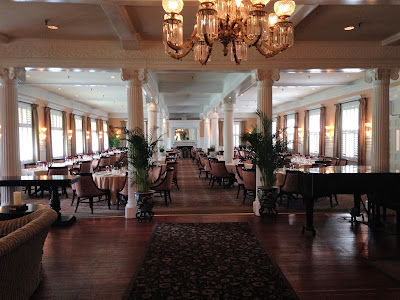 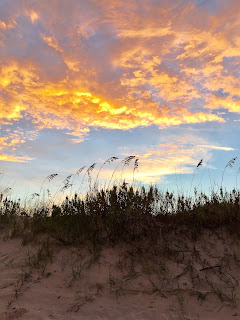