The History of Crayons (with giveaway) By Donna Schlachter

Crayons are such a wonderful way to express our creativity. Because of their size and shape, they are the perfect tool for young hands. When pigments are mixed with various mediums, including wax, chalk, and oil.

The word “crayon” was first used in 1644, and came from the French word for pencil, craie, but the use of such devices has been known for many years. The first drawing implements were sticks in dirt, or rocks scratching on walls of cave, and then even a burnt stick or charcoal for leaving a mark on hides or wooden slabs.

Ancient Greeks and Romans combined hot beeswax with known dyes to write on stones. Leonardo da Vinci used a form of pastels in the late 1400s, and artists have used a cross between pastels and crayons since the 18th century. Jane Austen mentioned them in Pride and Prejudice in 1813, and an alternative manufacturing method came up with a formula that used oil instead of wax, making them less likely to melt and more durable.

In 1881, companies in America began producing crayons, and Binney & Smith (now Crayola), began production in 1903, selling their crayons in sets according to varieties of colors. Crayons encased in cedar wood casings came out in 1883.

As with anything of interest to anybody, there arose various collector clubs that acquired the original crayons, crayon boxes, boxes of crayons, pencil cases, coloring books, and all sorts of paraphernalia associated with crayons. Currently, the official count is 2,929 different colors of crayons. You might want to take a look around the house—you might have a valuable historical icon that somebody will pay big bucks for.

Question: Answer the following question to be entered into a random drawing for a free ebook of Cactus Lil and the City Slicker: What is your favorite crayon color?


About Cactus Lil and the City Slicker:


Lily Duncan—“Cactus Lil” to friend and foe alike—is as prickly as her name implies. Lil loves the desert, and she loves penning romantic short stories for a magazine under a pseudonym.

When Peter Golding’s uncle sends him to bring Daisy back to New York City, Peter decides to earn the old man’s respect and bring her back as his bride. He soon learns Daisy—uh, Lily Duncan is no shrinking violet.

Cactus Lil’s heart is torn. Will Peter choose her or his job? And will she decide to surrender her heart or send him packing—again? 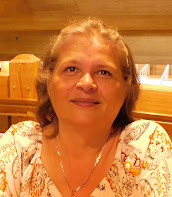 Donna writes historical suspense under her own name, and contemporary suspense under her alter ego of Leeann Betts, and has been published more than 30 times in novellas, full-length novels, and non-fiction books. She is a member of ACFW, Writers on the Rock, SinC, Pikes Peak Writers, Capitol Christian Writers Fellowship, Christian Women Writers, and Christian Authors Network; facilitates a critique group; teaches writing classes; ghostwrites; edits; blogs regularly for Heroes, Heroines, and History; and judges in writing contests. www.HiStoryThruTheAges.com