In high school, I was involved in a church youth group, and the story a teacher taught us about Corrie ten Boom and her life touched my heart. She's such an inspiration. I hope you enjoy learning about her today.

Cornelia ten Boom was born on April 15, 1892. She went by the name Corrie. She was from Haarlem, Netherlands, close to Amsterdam. Betsie and Nollie were her older sisters. Willem was her brother. Her father, Casper, owned a jewelry and watch shop. She was named after her mother. She lived with her family in rooms above her father's shop. 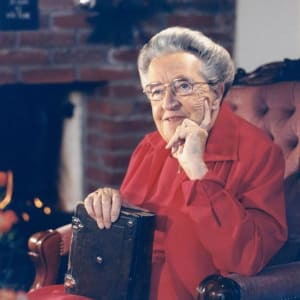 The family's faith in God inspired them to supply food, clothes, and money to those in need. In 1922, Corrie was the first woman licensed as a watchmaker in Holland. She also started a youth club for girls. She taught them about God, how to sew, and to make handcrafts.

In May, 1940, World War II changed Corrie and her family's life forever. Jews had to hide from German soldiers for fear they'd be put to death by Hitler's orders. Corrie and her family offered the Jewish refugees shelter above the shop with them. The shop provided a good cover. A secret place behind a wall in Corrie's bedroom was constructed for the refugees to hide when the German soldiers conducted security sweeps. When the soldiers rang the bell, a buzzer sounded alerting the refugees to hide in the secret place until the soldiers left. 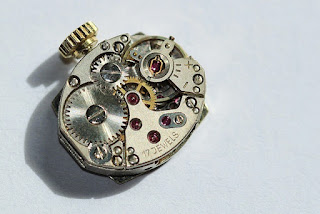 Corrie, working with the Dutch Resistance Group, risked her life to help the Jewish refugees against the Gestapo. On February 28, 1944, Corrie and her family were arrested along with thirty-five refugees who lived with them. But the soldiers didn't find a handful of refugees hidden in the secret place. They were later found and helped by others working with the Dutch underground railroad.

Corrie's father was sent to prison, and he died there. She and her sister, Bestie, were sent to the concentration camp. Betsie died there. In December, 1944, Corrie was released for reasons unknown. After the war, she felt led by God to set up a rehabilitation center for concentration camp survivors. In 1946, she traveled to sixty different countries to share her faith in God. She received many tributes due to her selfless work to help others and share her faith in God. She was also knighted by the Queen in the Netherlands. The Hiding Place movie is based on her book about her life.

Hannah's put off answering Timothy's offer to court her. She's taken for granted he'd always be there. Abigail sets her sights on Timothy, and she tells Hannah to stay away. Hannah discovers Abigail is not who she seems. Hannah must make some difficult decisions. What does the future hold for her?
Visit my website for a complete list my of books and speaking events.