Last month, I shared the story of the very first Pony Penning Day and the history of the Chincoteague Ponies. If you missed it, you can read last month's post here.

The Great Depression was a severe worldwide economic depression that took place during the 1930s. It was the longest, deepest, and most widespread depression of the 20th century. 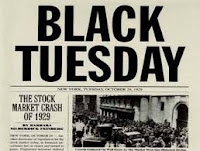 The depression originated in the United States in early September, 1929, and became worldwide news with the stock market crash of October 29, 1929. Between 1929 and 1932, worldwide GDP fell by an estimated 15%. To compare that to a recent plummet in the U.S. economy, worldwide GDP fell by *less* than 1% from 2008 to 2009 during what has been termed the Great Recession. Such a drastic difference between the two, yet far too many believe it actually rivaled the Depression.

The Great Depression had devastating effects on both the rich and poor. Personal income, tax revenue, profits, and prices dropped while unemployment in the U.S. rose to 25%. 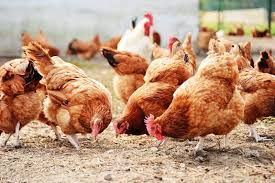 With so many out of work and not enough jobs available, people turned to more basic forms of income. On Chincoteague Island, poultry farming saw a tremendous increase, as many of those who lived on the island raised the poultry in order to provide food for their families. This industry eventually produced over 1 million birds from the island by 1950.

Although wages remained fairly steady, a lot of employers couldn't afford to pay as many workers, so families needed to rely on each other for more income. 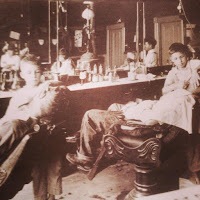 My grandfather was a young lad of thirteen when he joined his father behind a barber's chair and began giving haircuts to men on the island. This added one more in his family earning a wage to help feed his brothers and sisters (there were 9 of them altogether). When their customers couldn't afford to pay money, they also paid in food or exchange for something else.

Oystering, clamming, fishing, and crabbing became not only a favorite pastime for my grandfather and his brothers (and many others on Chincoteague), but it also provided food to be sold to those who needed it or exchanged for other necessities.

For those who didn't engage in harvesting the animals of the sea, shooting ducks and waterfowl offered a chance to also gain food from that meat. Locals even carved wooden decoys to aid in the hunt. Many would buy them and to this day, these decoys remain a popular collectible and souvenir from the island. 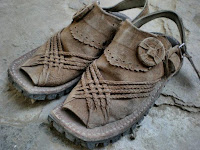 Clothes were worn and tattered, and shoes had holes in the soles. My great-grandfather actually took pieces of old tires, cut them into strips and tied the strips to the bottoms of his children's shoes in order to reinforce the soles.

In times of great need, people often turn to each other. The tiny island of Chincoteague was no different. Bartering and developing new skills to use in trades for food or providing a new service for pay became a way of life for most island residents.

One thing is certain. We could learn a lot today from those who survived the Great Depression. Where today you might become more of a recluse and hide from those you know, those living through the Great Depression actually increased their involvement in their community. Most who survived continued their frugal practices for the rest of their lives, some amassing a tidy little nest egg they could leave as an inheritance to their children or grandchildren, and this was after having more than enough to provide for themselves in their retirement years.

There are times when I look around at everything we have and shake my head at the abundance. Even with paring down quite a lot in our home and selling a long list of things to simplify, we still live with more than probably ten families combined during the Great Depression.

I couldn't find any way to tie this in to the topics I'm covering, so I'm just throwing it in here at the end.

The Navy established the Chincoteague Naval Auxiliary Air Station in 1943, across from Chincoteague on the mainland. One young pilot being trained there, future president George Herbert Walker Bush, got in trouble for "buzzing" the house of a young woman he had met at a dance. Amazing what some of our presidents did before they took place in their prestigious position of authority over the U.S. (grins)

* What stories have you heard about family members or anyone and creative or essential things they did to survive the Great Depression? What would YOU do to stretch your dollars or possessions more?

* Do you have a skill you could use to trade for food or provide a service to others should something like the Great Depression occur again? If not, what skill do you think you would develop?

Leave answers to these questions or any comments on the post below. Next month, I'll share about a frequent concern along the Delmarva Peninsula -- flooding -- and how it impacts the communities every year. Come back on the 9th of November to find out more.

Tiffany Amber Stockton has been crafting and embellishing stories since childhood, when she was accused of having a very active imagination and cited with talking entirely too much. Today, she has honed those skills to become an award-winning, best-selling author and speaker who is also an advocate for literacy as an educational consultant with Usborne Books. She loves to share life-changing products and ideas with others to help improve their lives in a variety of ways.
She lives with her husband and fellow author, Stuart Vaughn Stockton, along with their two children, two dogs, and two cats in Colorado. She has sold twenty-four (24) books so far and is represented by Tamela Murray of the Steve Laube Agency. You can find her on Facebook and GoodReads.
Posted by Tiffany Amber Stockton at 3:00 AM