The Cottages of the Jekyll Island Club Part II 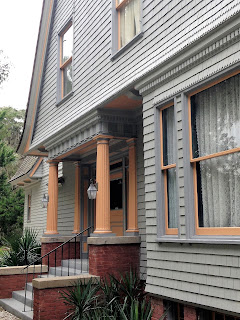 My July and August posts revealed how Gilded Age tycoons created a retreat on an island off the coast of Georgia. The beautiful, Queen Anne clubhouse opened for the winter season of 1888. But fifty lots had been set aside for members who wished to build their own “cottages,” and as crowding became an immediate issue in the clubhouse, some members pursued this option. Though the cottages built on Jekyll Island changed hands many times, a total of fifteen were built—most of which are restored and on the current historic trolley tour.

In September, we looked at the first seven Jekyll Island cottages. Now let’s learn about 8-15.

8. Joseph Pulitzer, whose wife detested the heat and flies on Jekyl, decided to build a larger home than the Furness cottage in 1897. The aging editor of the New York World suffered rheumatism, failing eyesight, and asthma and was hypersensitive to sound. Pulitzer even bribed the boat captain to stop tooting his horn in Jekyl Creek. Pulitzer soundproofed his brick mansion and added a six-room wing in 1899, connected by a forty-two-foot glass solarium. In 1904, he added another wing with a music room, billiard parlor, and a special bedroom for his wife, hoping to draw her to Jekyl more often. Known for having a temper, Pulitzer worked long hours even when he was on the island. 9. Also at the end of 1897, David H. King Jr., a New York contractor who had developed Madison Square Garden, completed his cottage. It was the only single-story house and the only one with a swimming pool, one of the earliest in Georgia. Damaged in an 1898 hurricane, the house was sold in 1899 to Edwin Gould, who then called it Chichota. Repairing the house, he bought surrounding lots to build a casino with a bowling alley, a shooting gallery, and a game room. In 1913, he attached to it the island’s first indoor tennis court costing more than $25,000. This could be due to the leaded glass skylights, marble showers, locker room, electricity, and telephone connection to the main house. Despite this lavish building proclivity, Edwin, his wife Sarah, and their two young sons thrived on the outdoors. Sadly, Edwin Jr. was killed in a hunting accident in 1917. Edwin did not return for four years—his wife, never.
10. Mistletoe, the cottage of locomotive manufacturer Henry Kirke Porter, was constructed in 1901. Porter was the only person from Pittsburgh admitted to the Jekyl Club. His wife’s garden parties became famous on the island. In 1924, John Claflin purchased the cottage.

12. In 1904, Edwin Gould proposed building a house for his in-laws on his complex. Dr. George Frederick Shrady had attended president Ulysses Grant during his last illness. Shrady and his wife occupied his 1904 cottage until 1925, when it was sold to Dr. Walter James, club president, who called it Cherokee Cottage.

15. Despite the tragic death of his brother on the island, Frank Miller Gould and his bride had vacationed at Chichota in 1925 and 1926. They built their own home, Villa Marianna, in the Spanish style popularized in Florida in 1928 … the last cottage to be constructed on Jekyl.
Next month, we’ll pull back the curtain on the heyday of the Jekyl Island Club and glimpse how these Gilded Age and Edwardian industrial tycoons relaxed in their island paradise. 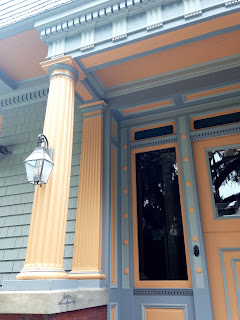