Word History is So Delightful! (Wild West Sayings We Use Today)

The weather outside may be frightful, but learning the history of words is so delightful. So, fellow word-lovers, pour a cup of your favorite warm drink and settle down in a cozy spot. Let’s go time-traveling together! 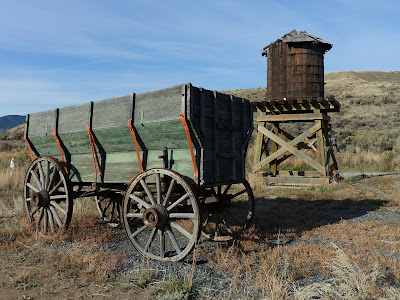 What do shooting, boxing, and textile mills have in common? All relate to this month’s selection of words that passed through the Wild West to us today. Curious? Read on. 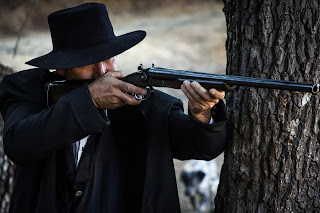 Historical Reference: This slang term of uncertain origin may relate to the Old Norse ‘skjota’ (to shoot). It’s not hard to imagine the connection. In an interesting sidenote, the noun, ‘scooter,’ first emerged from the verb to designate ‘one who goes quickly’ in 1825. Scooter was also applied to a kind of plow and a syringe. The child's toy we are more familiar with today, is documented in 1919. It may have derived from motor scooter, which had its genesis two years earlier.

Example: “We’d better scoot or we’ll miss the beginning of the play.” 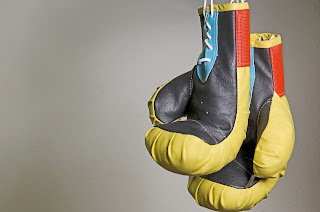 Today, as in the Wild West, making something ‘from scratch’ calls for basic ingredients or components.

Historical Reference: Scratch dates to the 1400s. It probably fused the Middle English words, ‘scratten’ and ‘crachen,’ both of which meant ‘to scratch’ and are of unknown origin.

As a noun and verb, 'scratch' developed a wide range of meanings. The nuance that concerns us here emerged in the late 18th century as a boxing term. It came from the practice of drawing (or ‘scratching’) a boundary or starting line in the dirt. At that time, crossing a line between fighters, rather than a bell, marked the beginning of a round. The boxer who could no longer cross the line was declared not ‘up to the scratch.’

This phrase eventually referred to other sports. A player who ran a race, for instance, without a head start, was said to run ‘from scratch.’ The earliest citation I could find for this use appeared in the Bicycle Journal, August 18, 1878 edition: "Mr. Tom Sabin, of the Coventry Bicycle Club, has won, during last week, three races from scratch."

By the late-19th century, “from scratch” meant starting with nothing at all, as this snippet from George Orwell’s satirical novel, Coming Up for Air (1939), makes clear: “We’d no fishing tackle of any kind, not even a pin or a bit of string. We had to start from scratch.”
This sense of the phrase is the one that attached to cooking from basic ingredients. While that context dominates today, we still use this phrase to denote other items made from basic components.

Have a Screw Loose 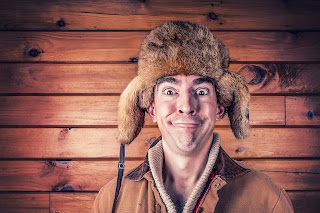 This idiom indicates an eccentric person or someone with an unsound mind.

Historical Reference: ‘Have a screw loose’ might seem modern but actually goes back to the 1780s. That’s when the industrial revolution ushered in the mass production of textiles. Large mills were erected to house numerous machines to keep the cheap labor busy. Keeping all the machines running was difficult, however. When one malfunctioned, it was said to ‘have a screw loose’ somewhere.

Example: “Don’t stare like you’ve lost your wits or people will think you have a screw loose.”

Personally, a connection between a scooter and shooting seems appropriate. I think of the phrase, ‘take off like a shot.’ How interesting that ‘scoot’ is so old. I’ll never think of from-scratch cooking again without picturing boxers. The history of ‘have a screw loose’ surprised me. I had no idea it originated with the early textile industry.

What are your reactions to this batch of Wild West sayings we use today? I’d love to know. 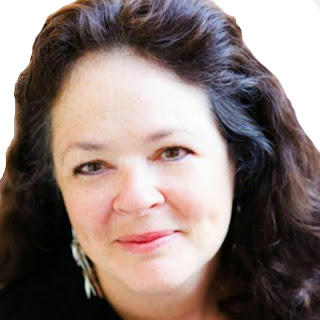 Christmas seems especially precious this year. Set apart to celebrate the coming of our Savior, it stands as a marker of holiness. I feel that way not despite the chaotic world in which we live, but because of it. Jesus was born, lived, died, rose again, and lives today. In Him, through repentance, we are able to really live. This is the truth that sings in my heart this Christmas and each day of the year. May you also join the angels in a chorus of praise to God.

Merry Christmas, dear friends.
My personal history: I fell in love with literature at an early age when my father read chapters from classics to me as bedtime stories. After I grew older, I put herself to sleep with tales "written" in my head. Today I'm a storyteller who writes in several genres. Romance, mystery, adventure, history, and whimsy appear in all my novels. I am represented by Wordserve Literary Agency. Learn more about me and the books I write at http://janalynvoigt.com. 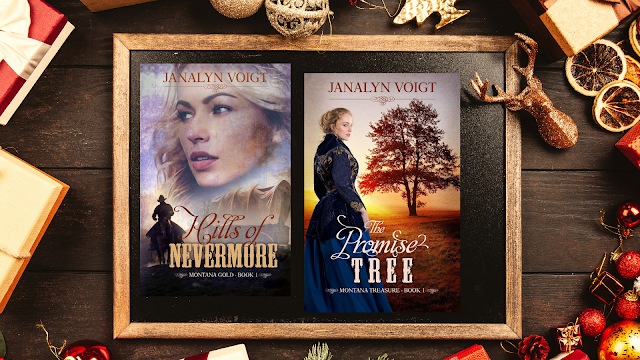 My publisher has both Hills of Nevermore (Montana Gold, book 1) and The Promise Tree (Montana Gold, book 5) on special. I honestly don't know when the sale will end, so if you want to claim either of these titles, sooner is better than later.
Hills of Nevermore: America Reed hides her secret shame, certain that God is angry with her. She does her best to avoid Shane Hayes, the blue-eyed circuit preacher, never guessing that Shane is trying to live down his own past.
For readers who enjoy redemptive love stories.
The Promise Tree: America Hayes's daughter, Liberty, is all grown up and ready to sort out her priorities. A preacher's daughter shouldn't marry a troublemaker, like Jake. She should never have made that unfortunate promise to him. If he would stop pursuing her, keeping herself from falling in love with him would be a whole lot easier.
For readers who enjoy multi-layered love stories.
Please note that The Promise Tree cover states it is Montana Treasure, book 1. However, my publisher and I decided to place this book in chronological order in the Montana Gold series instead of creating a spin-off series. The cover will soon reflect the change. Meanwhile, this is a rare opportunity to obtain a limited-edition cover. :)