Patty Smith Hall here. What is the first place that pops into your mind when you hear the word ‘goldrush?’ California and the discovery of gold in 1848 at Sutter’s Farm that started a human stampede west, of hope-filled people from across the country and around the world looking for a better station in life? Or maybe your thoughts turned to Alaska, to the Yukon gold rush that opened up new territory to those who longed for adventure and a bit of the precious metal. 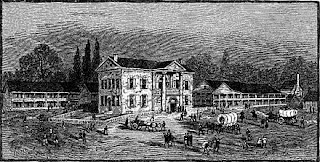 While these have been much written about, particularly as a setting in fictional works, they weren’t the first nor the highest quality of gold ever found in the United States. No, the first gold rush in this new country started in the fall of 1829, in the North Georgia mountains along the banks of the Etowah and Chestatee rivers. As the story goes, a young man by the name of Benjamin Parks was out deer hunting near Nuckollsville, Georgia when he stumbled over a unique stone that caught his eye. But it was this August 1st, 1829 report in the Georgia Journal that brought hordes of prospectors to the region.

GOLD—A gentleman of the first respectability in Habersham County writes us thus under date of 22d July: "Two gold mines have just been discovered in this county, and preparations are making to bring these hidden treasures of the earth to use." So it appears that what we long anticipated has come to pass at last, namely, that the gold region of North and South Carolina, would be found to extend into Georgia.

People carrying spades, pans, and picks came from all over the country and from around the world, evading what was then known as the Cherokee Nation. Overnight, shanty towns like Aurora and Dahlonega spouted up along the riverbanks of the Etowah and Chestatee Rivers where gambling, drinking, and fighting became the usual way of life and laws were little known and less cared for. Vigilante justice become commonplace. In response, the governor enlisted a group of men known as the Georgia Guards to protect the mines and drive out the federal troops. But with only 60 guards to patrol the hundreds of miles of river and mountains, renegade miners found it easy to outrun them, robbing other men’s claims of vast gold stores. This continued until the Georgia Land Lottery of 1832 and was the beginning of a devastating time for the Cherokee in that region. 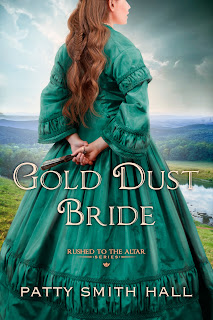 Abigail Matthews’ lifelong ambition is to run her family’s iron mines alongside her father. With the company in trouble, Abby travels to the Georgia mountains, where iron and gold are found. Abby is confident the mountains hold the iron ore their mining company needs to survive. Still, the task is made difficult by the interference of Micah Anderson, the town’s sheriff who hinders her progress. . .and steals her heart.

Micah Anderson doesn’t understand the people searching for gold. He sees them as gamblers no better than the father who lost him in a card game. That someone as lovely as Abigail would take such a risk grates at him but doesn’t diminish his attraction to her. Working alongside in his mother’s restaurant, Micah discovers the depths of Abigail’s character. But when Abigail is in danger after witnessing a crime against a Cherokee Indian, will Micah be willing to gamble his heart on the woman he’s come to love? 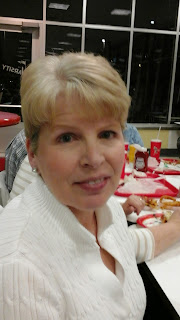 Bio: Multi-published author Patty Smith Hall lives near the North Georgia Mountains with her husband, Danny, her two daughters, her son-in-law, and her grandboys.  As well as a writer, Patty serves as an acquisition editor for Winged Publications where she enjoys helping new writers get published. When she’s not writing on her back porch, she’s spending time with her family or playing with her grandsons.