TOO DANGEROUS FOR A WOMAN

Would you volunteer to put an apple on your head and allow someone to shoot at it? I wouldn’t, even if it were a watermelon.

Would you volunteer to be attached to a spinning board and let this guy throw knives at you? 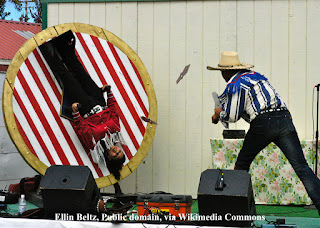 What about being at the pointy end of this guy’s knives? 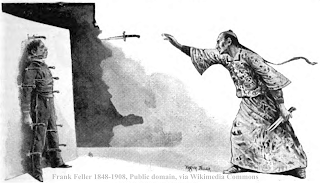 Perhaps if I were unconscious.

Would you hold a target at arm’s length for someone to shoot at?

I confess, I’m not a brave person.

You might be thinking that these things must be safe-ish because they have been well practiced and the marksman is well trained. I would agree, but I’m still not going to willingly allow someone to throw or shoot stuff in my direction if I don’t have to.

Now, for you brave souls who would jump at the chance to do any or all of the above, what if I told you the person shooting at you is learning how to fire a high-powered artillery gun and he needs to learn how to aim at a moving target, would you then?

But that’s just what the US WASPs did (Women Airforce Service Pilots). Yep, green soldiers learning to fire large artillery weapons with live rounds shot at some of these brave WASPs as they flew in the wild blue yonder.

In Russia, women were allowed to be combat pilots during the Second World War. In the US, they weren’t allowed in combat because it was deemed too dangerous. American female pilots were kept, primarily, on US soil…for their safety. However, not all the tasks performed by the Women Airforce Service Pilots (WASP) were risk free. 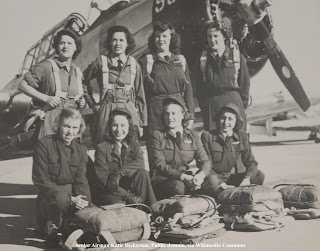 Besides ferrying airplanes from factories to bases where the male pilots were stationed for training and to be deployed, WASPs also tested airplanes, trained male pilots, were airplane mechanics, transported cargo, and towed targets for live anti-aircraft artillery practice.

On July 19, 1943, Jackie Cochran, head of the WASP, announced live-target practice to twenty-five handpicked WASPs who had recently graduated from their rigorous WASP training. Any WASP who wanted to could opt out of this “top secret mission.” None did. 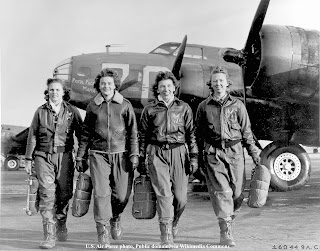 One of the most dangerous jobs—if not the most dangerous—was being a tug tow pilot. This is where soldiers on the ground fired live ammunition from anti-aircraft artillery at a cloth drogue (a tube of fabric) towed behind an aircraft. Sometimes the green soldier got confused and shot at the aircraft rather than the target. Other drogue target practice was aircraft-to-aircraft in a dogfight scenario. The ladies had the targets, but instead of the men shooting at them being stationary on the ground, they were flying in the air firing at a moving target. 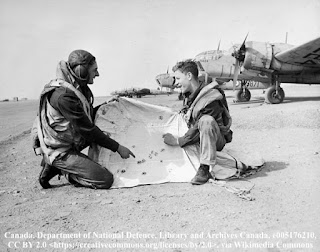 Here’s a 1943 video of one of these drogue targets in action, being shot at. This is in Dublin and is from naval ships toward the aircraft with a drogue.