Charles Lindbergh is best known as the first pilot to complete a solo transatlantic flight, but his fame made him the victim of what the media called the "Crime of the Century" in 1932.
Charles had married Anne Morrow on May 27, 1929 and settled in New Jersey. They soon became pregnant, and had their first born son on June 22, 1930. They named the curly blonde boy Charles Lindbergh Jr., after his father. However, tragedy would strike this happy, young family before the boy turned two.

March 1, 1932 was a regular day for the Lindbergh family. It was about 10pm, and Anne was just getting out of the bath, when her son's nurse asked if 20 month old Charles was with her. When the nurse discovered the baby was not with her, she became alarmed. They called Mr. Lindbergh, and the three of them returned to the nursery. Charlie was gone. Abducted from his own crib and carried out the window, down a cleverly made ladder. A ransom note in poor English was left on the window sill.

Mr. Lindbergh grabbed his gun and headed outside. At the bottom of the ladder, they found Charlie's baby blanket, dropped during his abduction, but they found no other sign of the babe.

The family called the police, and upon reading the ransom note, authorities concluded that the kidnapper must be of German origin, with not too much time in the U.S. since there were hints of German in the note, such as the use of "gut" instead of "good."

The search for little Charlie began. Interviews, inspectors checking the premises, scouring every hint or clue that could be found. They took samples from the ladder and made detailed analysis of the wood and construction. Still, not enough clues to piece together anything conclusive.

The initial ransom note indicated that future contact would be made to instruct them on how to give the kidnapper the demanded fifty thousand dollars. Future notes did indeed come, but usually delivered by cab drivers who had been given notes anonymously.

John F. Condon, a retired school teacher and prominent citizen of the Bronx area, volunteered to act as the go-between for the Lindbergh family and the kidnapper, since the kidnapper had made known in one of the ransom notes that the Lindbergh's attorney was not an acceptable intermediary for him. The kidnapper increased the demanded ransom multiple times, finally arriving at $100,000, which was a tremendous sum during the midst of the Depression.

Mr. Condon met with a man who called himself "John" a couple of times, and was able to describe the man to authorities. The cab drivers who were lassoed into delivering ransom notes also described the man they interacted with, and artists created a sketch of the supposed kidnapper.

On April 2, 1932, Mr. Condon met with "John" to exchange $50,000 for a receipt, and the thirteenth ransom note which would tell the location of the baby. "John" accepted the lesser amount, and gave him the note which said Charlie could be found aboard a ship called "Nellie" near Martha's Vineyard, Massachusetts.

The following day, a search was made near Martha's Vineyard for the child, however it was unsuccessful. Charlie was still nowhere to be found. There were several law enforcement agencies involved in the investigation, including the FBI. They tracked the serial numbers of the gold certificates given to the kidnapper, but still they were not able to find the perpetrator of the crime.

On May 12, more than two months after the kidnapping of baby Charlie, and a month after the ransom money was handed over, the infant's body was found. Charlie's remains were partially buried, badly decomposed and only about four and a half miles from the Lindbergh's home. According to the FBI's website, "The head was crushed, there was a hole in the skull and some of the body members were missing...The Coroner’s examination showed that the child had been dead for about two months and that death was caused by a blow on the head." These facts led to the conclusion that baby Charlie was murdered shortly after his abduction on March 1st, possibly even the same night.

As the Lindbergh family grappled with the horror and grief of losing their baby in such an awful manner, their troubles were compounded by the amount of attention the case received across the country. Although many people were well-meaning, crowds converged on their estate, destroying any last bit of evidence that may have remained. The public can be very harsh, and many demonized Mr. Condon and blamed him for the kidnapping and murder of the child. Because of all the pressure and scrutiny, the Lindbergh family ended up moving to Europe for a time.

For years, the FBI and other law enforcement agencies followed lead after lead. Many of them were scams, or false alarms, but great care was taken to fully verify any clue. The tool that seemed to be most promising was the tracking of the ransom money. While this effort proved fruitless for the first couple of years, they were finally able to locate some of the Gold Certificates that had been issued to the kidnapper. The organization and cooperation it takes to pull something like that off is unbelievable. Grocery stores, gas stations, banks, basically every type of entity that takes in cash was put on alert with a list of serial numbers for the bills.

On September 18, 1934, a bank in New York identified one of the bills on the list. The manager immediately called authorities, and they were able to conclude that the bill had come from a gas station. The attendant was put on alert, and when another bill on the list came in, he was able to identify the vehicle and license plate number. That lead brought them to Bruno Richard Hauptmann, a man of German origin, who matched the description of "John" furnished by Mr. Condon and the cab driver.

Hauptmann was quickly apprehended, and a trial date set.

"The case against him was based on circumstantial evidence. Tool marks on the ladder matched tools owned by Hauptmann. Wood in the ladder was found to match wood used as flooring in his attic. Dr. Condon’s telephone number and address were found scrawled on a door frame inside a closet. Handwriting on the ransom notes matched samples of Hauptmann’s handwriting."
-FBI Website Records

Hauptmann was found guilty of extortion and murder. He was sentenced to the electric chair, which was carried out on April 3, 1936, about 4 years after he committed the crime.

As for the curly-headed Charlie, he rests with the angels, remembered here on earth as one of the most infamous victims of kidnapping. 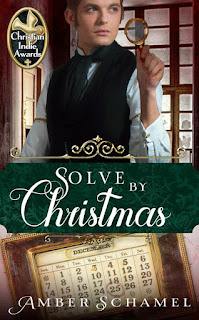