Book Spotlight -- Time Will Tell -- by Donna Schlachter (with giveaway) 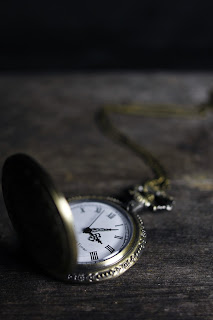 While researching my latest Christmas release, Time Will Tell, I came across this interesting word: horologist. Actually, I was looking for it, if that makes sense. I needed to know what a person was called who built and repaired timepieces, as that was integral to my story.

The word itself comes from horology, which means “the study the measurement of time”, and has been expanded to horologist, or those who study the measurement of time. Interestingly enough, watches and clocks aren’t the only methods of keeping track of time. We also use sundials, hourglasses, atomic clocks, and many other ways to count the seconds, minutes, and hours that seem so precious.

In my book, Time Will Tell, I created a fictional group called the Colorado Horologist Association because I needed somebody who would tell my heroine that she couldn’t work without a man supervising her. Some states and countries actually have such a group that made up the rules of how their guild would operate, and particularly during the time of my story, 1889, many decided only men could be members.

Another fun fact about this series is that all the shops in the series are situated below the street level of Pueblo, Colorado. This is based in some fact that there were actually businesses down there, although not all owned by women as in our series. In reality, many towns and cities in Colorado boast subterranean shops and areas below ground which can still be visited today, although currently few are still active.

Leave a comment, and I will randomly draw one winner of a print (US only) or ebook (winner's choice otherwise).  Please disguise your email address as NAME at NAME dot EXT (for example, donna AT livebytheword DOT com)

About Time Will Tell: 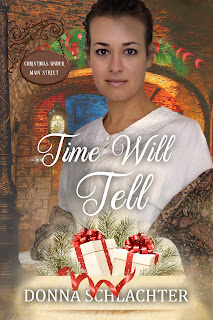 Sadie Bauer inherits her father’s watch and clock repair shop in the Mall beneath Main Street, Pueblo. However, she soon learns that Fate conspires against her operating this business and keeping her father’s memory alive.

Will O’Reilly, recently dismissed for fighting, longs to help this beautiful damsel in distress, but she’s about as prickly as a porcupine. He’d like their relationship to be more than employer-employee, but if she learns of their connection through their ex-fiances, she might not want to have anything to do with him.

Can Sadie overcome her mistrust of men in general, and of a certain suave salesman in particular? Can Will get past his former betrothed’s infidelity? And can both learn to trust the God who makes all things beautiful in His time? 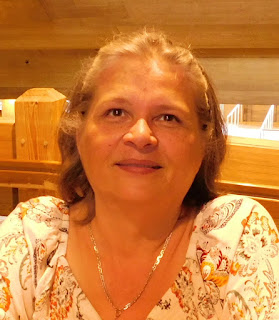 A hybrid author, Donna writes squeaky clean historical and contemporary suspense. She has been published 50 times in books; is a member of several writers groups; facilitates a critique group; teaches writing classes; ghostwrites; edits; and judges in writing contests. She loves history and research, traveling extensively for both.


www.DonnaSchlachter.com Stay connected so you learn about new releases, preorders, and presales, as well as check out featured authors, book reviews, and a little corner of peace. Plus: Receive a free ebook simply for signing up for our free newsletter!

www.DonnaSchlachter.com/blog Type #books in search field to view all posts