Last month, I covered the life and history of Daniel Boone, a famous Kentucky pioneer. If you missed that post, you can read it here. This month, I decided to share a few fast facts and little tidbits about Kentucky itself. So, here we go!

To begin, I thought it would be fun to share the five (5) different way of pronouncing the state's largest city: Louisville. They are: Louie-Ville, Luis-Ville, Loo-a-Vull, Loo-A-Ville, and Luhvul. Try each one out for yourself. See which one rolls off the tongue the smoothest. Me? I'm either Louie-Ville or Loo-a-Vull, depending upon my mood and audience. :) 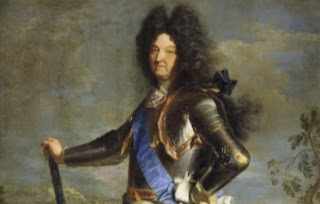 Now, believe it or not, Kentucky was actually a country before it was a state in the U.S. Prior to the Revolutionary War, only the thirteen colonies existed as official designations from England. Other areas of this land, though, had been established as well. Kentucky began as a country delineated by the rivers and mountains as its borders. After the war, it became part of Virginia but soon decided it wanted a better government, so it applied for statehood. The city of Louisville was named after King Louis XIV, who came to their aid during the Revolutionary War. So, officially, the city's pronunciation is more in line with the king for which it was named. Locals, however, might have other opinions!

Moving ahead to the next war in the U.S., Kentucky is sadly the state with the highest number of casualties from the War of 1812, over half of the total from all troops who served. There were about twenty-four thousand (24,000) who died, which accounts for about 64% of the total deaths. For the next fifty (50) years, patriots from all over the state continued to fight for and protect the U.S. Although Kentucky sided with the Confederacy during the Civil War, the population here was deeply divided, and many Kentucky residents actually fought for the North. Outside of war, Kentucky has become quite famous for a number of record-breaking things. For instance, did you know Kentucky touches seven (7) other U.S. states (Ohio, Indiana, Illinois, Missouri, Tennessee, Virginia, West Virginia)? It is second only to Missouri and Tennessee, which are tied in first place with 8 border states each.

It is also second (2nd) only to Alaska with the most miles of running water! Hard to believe, isn't it? The diverse rivers and waterways unfold to a length of 1,068 commercially navigable miles which is over 1,770 kilometers. 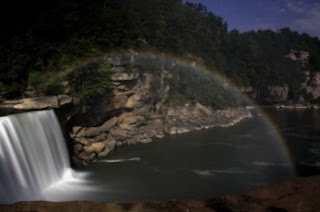 Nestled in and among all that water is an immense forest rich with natural resources and breath-taking waterfalls. One of those waterfalls is nicknamed "the Niagara of the South" or "Little Niagara," and is found along the Cumberland River just west of Corbin, which also happens to be my home. Not only does more than 1,000 cubic feet of water flow over the falls every second, but these falls have the distinction of being one (1) of only seven (7) places in the world to produce a moonbow from the water's reflection of the moonlight! This is due to the direction the waterfall faces in relation to the moon and how the light hits the falls. Rainbows are popular and common with waterfalls, but moonbows are quite rare. Color cannot be captured with a standard camera or cell phone. You need a long exposure from a tripod-mounted SLR camera and a lot of patience. You also need a full moon and a clear sky.

If you're a fan of natural wonders, Kentucky is also home to the largest and longest cave system in the world! Mammoth Cave is a national park in central Kentucky, and it's also one of the oldest tourist attractions, having received its national park distinction on July 1, 1941. My family will be visiting there in August this year, so I'll be sure to throw in some photos here as a little bonus. 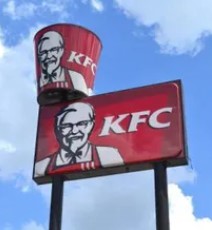 And finally, before I drop a few fast facts, I can't conclude these notable distinctions without mentioning the world's second largest fast food chain. I could probably wager a bet that every single person reading this post has had at least one meal here in his/her lifetime. It's the chain that bears the state's name and features a favorite American food: Kentucky Fried Chicken. The KFC trademark and image of Colonel Sanders have been with the restaurant from the start, which occurred in the town of Corbin on September 24, 1952. Today, there are over 20,000 restaurants around the world, and the combination of special ingredients in its original recipe is (say it with me) "finger-lickin' good!" 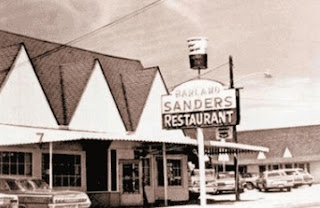 By the way, there is only one location here in Corbin, and it's on the original site where Colonel Sanders founded the restaurant alongside a local gas station. Today, it's marked by the Sanders Café and Museum attached to a KFC restaurant. People travel from all over the world to this spot and claim the chicken made here is the best KFC they've ever had. I definitely prefer it to even the locations in London and Williamsburg to the north and south of Corbin, but you'll have to come for a visit and try it yourself to see if you agree. (winks)

Here we go with some fast facts: 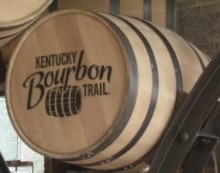 Last but not least, I am leaving you with an astounding yet comical fact. There are more barrels of bourbon in Kentucky than the total number of its state citizens.
Yes, you read that right. I kid you not. More than 7.5 million barrels of bourbon are here in Kentucky, and the barrel inventory of Kentucky is one of the highest inventories in the world. The number of state citizens? Just 4.5 million.
NOW IT'S YOUR TURN:

* What tidbits or notable things can be found in YOUR state?

* Have you ever visited Kentucky? Where did you go and what did you see?
* Which fact about Kentucky was your favorite from today's post?

Leave answers to these questions or any comments you might have on this post in the box below. Come back on the 9th of April to learn about The Kentucky Derby.
For those interested in my "fictional" life as an author and industry news about other authors, subscribe to my newsletter. Receive a FREE omitted chapter from my book, A Grand Design, just for subscribing!

Tiffany Amber Stockton has been crafting and embellishing stories since childhood, when she was accused of having a very active imagination and cited with talking entirely too much. Today, she has honed those skills to become an award-winning, best-selling author and speaker who is also an advocate for literacy as an educational consultant with Usborne Books. She loves to share life-changing products and ideas with others to help improve their lives in a variety of ways.
She lives with her husband and fellow author, Stuart Vaughn Stockton, along with their two children and two cats in Kentucky. She has sold twenty-four (24) books so far and is represented by Tamela Murray of the Steve Laube Agency. You can find her on Facebook and GoodReads.
Posted by Tiffany Amber Stockton at 1:00 AM