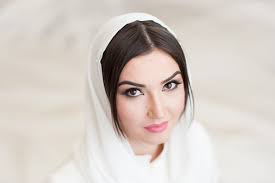 Five women are listed in Matthew’s genealogy of Jesus, but only two are Jewish—Bathsheba and Mary. Bathsheba is the only one not called by name. Instead Matthew 1:6 reads, “David was the father of Solomon, whose mother had been Uriah’s wife.” Intriguing, since David and Bathsheba were married when Solomon was conceived. This shows us how God views marriage, and he obviously didn’t approve of David’s and Bathsheba’s marriage.

So what do we know about Bathsheba? The fact that her house was close to David’s—so close that he could witness her taking a purifying bath—means that she was a wealthy woman. Bathsheba was the daughter of Eliam, who along with Uriah were members of the palace guard. Eliam had originally named her Bathshua, which means ‘Daughter of my prosperity,’ but he changed her name at her bat-mitzvah to Bathsheba, which means “Daughter of the oath.” This name will have ramifications later on with regard to her son, Solomon, when she takes an active role in convincing David to name Solomon as his heir to the throne. 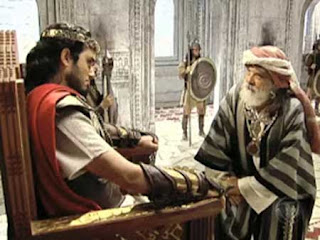 Bathsheba was also the granddaughter of Ahithophel, who was the chief political counselor to King David. So wise were his counsels that it was said of him, it "was as if a man had inquired at the oracle of God: so was all the counsel of Ahithophel both with David and with Absalom" (2 Sam. 16:23). However, Ahithophel’s relationship with David didn’t end well. When Absalom rebelled against his father, Ahithophel switched sides and became Absalom’s counselor against David. Was this betrayal a sign that Ahithophel was never trustworthy, or was it caused by David’s ‘rape’ of his granddaughter? Revenge may have been his motivation. 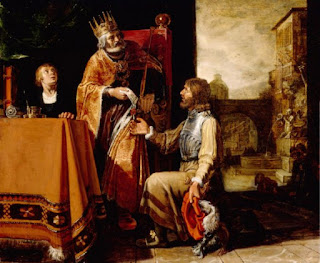 We know that Uriah was a Hittite—a foreigner from a tribe that was antagonistic toward Israel. But his first name includes ‘yah,’ which indicates he was a follower of Yahweh. Whether he was born with the name Uriah or adopted the name later in life, we don’t know, but we do know that Uriah was an honorable man, one of David’s thirty-seven mighty men of renown. Of course, a strong Jewish family would not have allowed Bathsheba to marry a Hittite unless he had converted to Judaism. 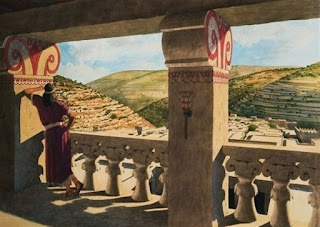 Why was Bathsheba bathing so publicly? The middle eastern houses had roofs with walls that came to about waist height. David could view her because the height of the king’s house was so much greater that the shallow walls did not protect her from his view. There is no indication in the account as to her reaction to his proposal. She is not painted as a seductress or aggressive although she may have been a willing participant, perhaps considering he was a handsome king and her husband had been absent for long periods of time. The first words from her mouth were “I am pregnant.” 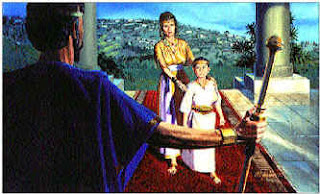 Little is known about Bathsheba the wife or the mother. We do know that David didn’t make her one of his concubines but made her one of his wives. Their son, Solomon, was given two names at birth: Solomon by David, which means ‘peaceful,’ and Jedidiah by the prophet, Nathan, which means ‘beloved of Jehovah.’ 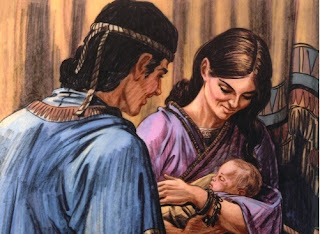 Bathsheba named her next child, Nathan, in honor of the prophet who played an important role in Solomon’s education. It also shows that though the prophet had given the pronouncement that their first child would die because of their sin, Bathsheba didn’t blame the messenger and accepted the death of her child as punishment without rancor or bitterness. It is also possible that Solomon’s Proverbs 31 that describes the virtuous woman was written about his mother. Indeed, Solomon was part of Jesus’s line through Joseph, and Nathan was part of Jesus’s lineage through Mary in Luke 3. 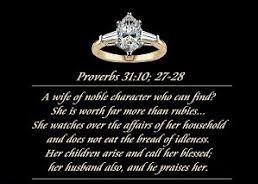 Was Bathsheba a virtuous woman? God alone knows, but it’s no accident that she is not named but called the wife of Uriah in Matthew’s genealogy.