Is there a rosy side to some WWII POW history?

When we think of prisoners of war during WWII, we naturally think of death camps, starvation, abuse, and a long season of suffering. We don't usually think about prisoners of war held here in the United States — of Germans and Japanese soldiers sitting out the war on American soil.
We might think of internment camps, of the tragic affair of American-born families of Japanese heritage who were taken from their homes, families, and businesses and housed behind fences, feared as "threats". Americans of German descent were scorned and ridiculed, and some of them were arrested and confined as well.

Yet, we rarely consider the many thousands of prisoners shipped here from overseas to be incarcerated in camps and the tens of thousands of those men who were sent to work in American fields and factories. Yet they were. 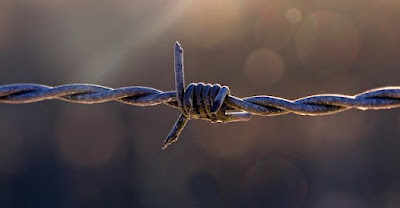 Image by S. Hermann & F. Richter from Pixabay
When I wrote my novel Season of My Enemy which releases on June 1st, I was inspired by many accounts of the lives of those prisoners and of the Americans who were affected by their presence here. Here are just a few of the true stories/incidents that gave me inspiration for my novel:


In an effort to protect photograph copyrights, I don't include a lot of pictures in this post, but here's a link to 22 historic photos of German soldiers who worked in Wisconsin's fields and factories during WWII and formed relationships with citizens, including a photograph of Kurt Pechmann whose story I share below.
22 HISTORIC PHOTOS
Not to give an incomplete picture, yes, there were Nazis taken as prisoners. Camp McCoy in west-central Wisconsin housed 5000 German prisoners, and some of them were known Nazi sympathizers. The camp also housed 3,500 Japanese and 500 Koreans and a number of Italians also. McCoy even held America's first World war II POW, Kazuo Sakamaki — America’s first World War II POW — captured during Japan’s attack on Pearl Harbor. Sakamaki was a Japanese naval officer whose midget submarine ran aground. Out of the ten men operating five such two-man subs, only Sakamaki survived. After unsuccessfully attempting to scuttle his sub, he collapsed unconscious on a beach where he was found by American soldier David Akui and taken into custody. 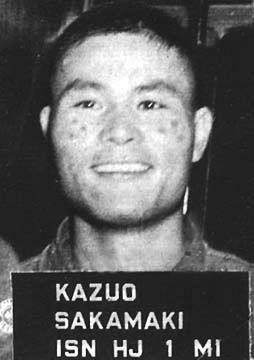 Outside of Camp McCoy, however, approximately 13,000 more German soldiers were placed at some thirty-eight make-shift camps all over the state — and this is just speaking of Wisconsin. 511 such camps existed in states all across the Union, camps dedicated to housing prisoners who worked in the agriculture industry. Here, they set to work harvesting all manner of crops including sugar beets — a critical commodity used for making the industrial alcohol needed to manufacture munitions and synthetic rubber.

Sent to work in a Wisconsin canning factory along with his fellow prisoners, he enjoyed coffee and chocolate donuts topped with sprinkles as a snack handed out to those working the midnight shift. Working on a farm, he and his fellows were complimented for their work ethic, given a feast from the farmer, and in another town a truck even brought them a keg of beer once a week. 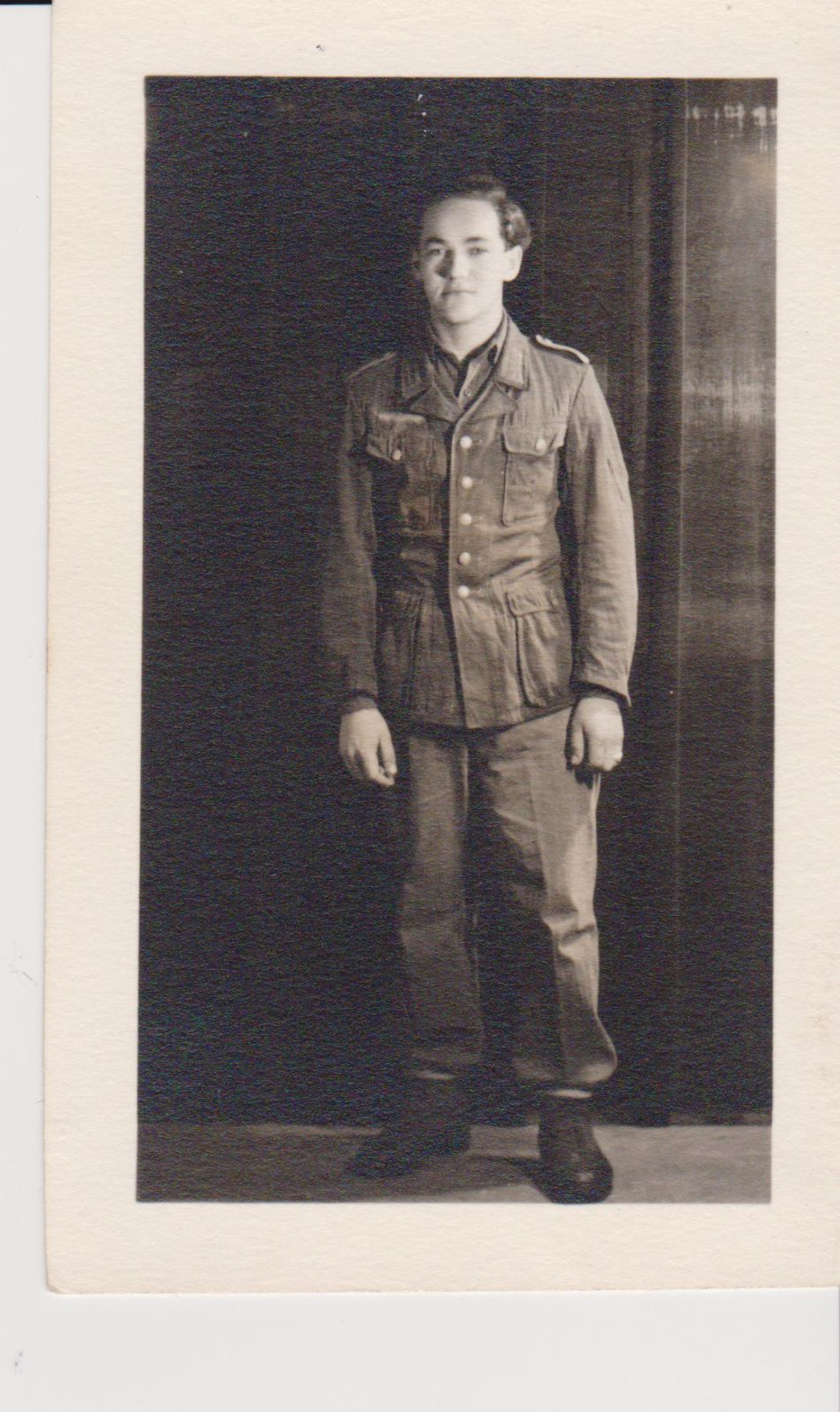 Kurt Pechmann in Camp Hartford in 1945

Many prisoners shared a camaraderie with the guards, were allowed to form soccer teams, and even enjoyed films which at first consisted of propaganda but later included popular entertainment. Some even took college courses and acquired degrees.
After the war, all prisoners were repatriated back to Germany, but as many as 5000 Germans who'd previously been prisoners like Pechmann emigrated back to America through proper channels, and their descendants live here today.

After Pechmann was repatriated, he married and came back to America with his new wife Emilie. Here, he established himself as a businessman in stone masonry and memorials. Along with creating tombstones, he also went on to build and repair monuments to American veterans. He was later recognized in a letter from President Ronald Reagan and given an honorary Purple Heart.

WHAT ABOUT SABOTAGE AND TROUBLE-MAKERS?
In my research, I discovered that only compliant prisoners were allowed to work outside of the main or branch camps. Within the branch camps themselves, comrades disciplined trouble-makers. As in my novel, some prisoners might stage work stoppages for some reason, but only a very few made attempts at sabotage or escape. Usually, if there was an escape, it turned out to be one or two men who walked off the compound in search of a beer or some women.
The more sensible prisoners preferred being well-fed, well-treated, and not being shot at. Some guard did uncover weapons such as wire cutters, hand saws, hammers, knives, or sharpened screwdrivers. If an undetected SS officer joined other PWs, he usually tried to stir up trouble and resistance. (Another inspiration for my story.) Trouble-makers were usually quickly spotted and rooted out.
MY NOVEL IS ROMANTIC, BUT DID AMERICAN WOMEN REALLY FALL FOR PRISONERS?
Well, you tell me. I'll point out that it was illegal for a POW to marry in the U.S.; however, after the war Washington enabled the fiancés of former POWs to set sail for Italy on surplus troop transports with a chaperone such as an aunt or mother. Each war bride carried two trunks of personal luggage along with the documents required for a legal marriage in Italy. By marrying in Italy, the women could then legally bring their new husbands back to America to live. Do you think that answers the question?
So is there a small, rosy side to WWI history? While I don't under-emphasize the horrors and atrocities of that or any war (including in my novel), to see that in at least one small aspect there was a time and place where people remembered that their enemies were human beings with hearts as aching and wanting as their own, well . . . that is a good thing.
With that, I'll conclude. Here are a few other resources I used while writing my novel, which may interest you also:
fa 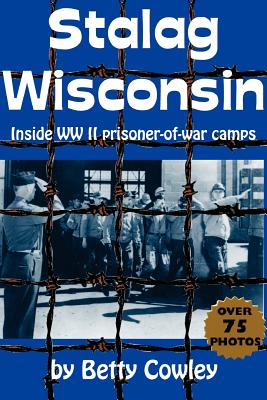 "Stalag Wisconsin: Inside WWII Prisoner-of-War Camps" by author Betty Cowley features more than 350 interviews, and serves as a comprehensive history of Wisconsin camps. This book was a real treasure as I wrote Fannie's story.
An article that encapsulates much of the German POW experience:
Washington Post: Enemies Among Us: German POWs in America

For my fellow Wisconsinites, here is a list of all the WWII branch camps in Wisconsin and their locations. 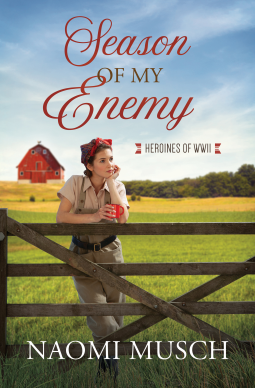 Season of My Enemy
The realities of WWII come to a Wisconsin farm bringing hope and danger.
Only last year Fannie O’Brien’s future shone bright, despite the war pounding Europe. Since her father’s sudden death however, with one older brother captured and the other missing, Fannie has had to handle the work of three men on their 200-acre farm, with only her mother and two younger siblings to help. That is until eight German prisoners arrive as laborers and, as Fannie feared, trouble comes with them.

Crops take precedence, even as accidents and mishaps happen around the farm. Are they leading to something more sinister? Suspicion grows that a saboteur may be among them. Fannie is especially leery of the handsome German captain who seems intent on cracking her defenses. Can she manage the farm and hold her family together through these turbulent times, all while keeping the prisoners—and her heart—in line?
Keep updated on Season of My Enemy and my other books, and get in on some monthly drawings by signing up for my newsletter right here.
Posted by Naomi Musch at 2:00 AM