I haven’t seen the movie Entrapment, starring Sean Connery and Catherine Zeta-Jones, but it’s possible the plot inspired the thief who broke into the Ashmolean Museum in Oxford, England on the night of December 31, 1999.

In the movie, described by renowned critic Roger Ebert as “one elaborate caper sequence after another,” the main characters pull off an $8 billion heist while the rest of the world is counting down the seconds to the 21st century.

The Oxford thief took advantage of the same Millennial Eve celebration and added a distraction of his own to spirit away an uninsured Cézanne landscape that the museum valued at £3 million.

The painting, an oil on canvas dated 1879-80 and popularly known in English as “View of Auvers-sur-Oise,” depicts a village in northern France. It was displayed in the museum’s Hindley Smith Gallery. The other paintings in the gallery were ignored, including works by such famous artists as Renoir, Rodin, and Toulouse-Lautrec. 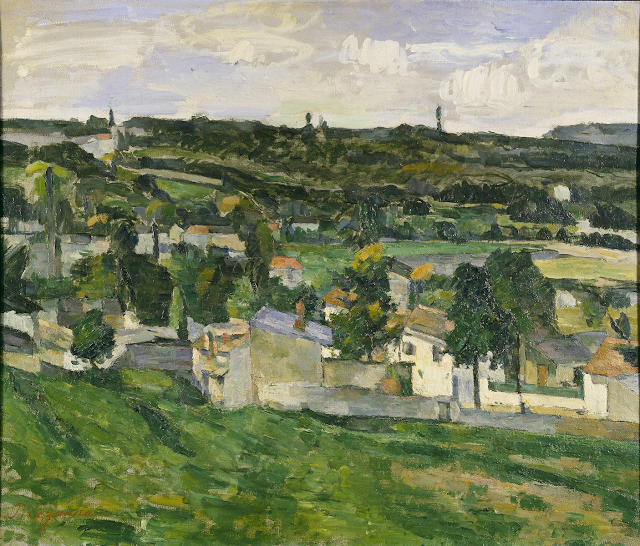 At the time of the theft, an extension to the museum’s library was under construction. Police believe the thief climbed the scaffolding to the roof, broke a skylight, and tossed a smoke bomb into the gallery. The thief used a rope ladder to descend into the gallery and quickly set up a fan to blow the smoke around the room.

The canvas, measuring about 18 inches x 21½ inches, was cut from the frame. The thief left the frame behind, scurried up the rope, down the scaffolding, and disappeared into the crowd.

A university porter saw the smoke and called firefighters. When they arrived, they found the smoke bomb.

But a police source said: `It was a very clever ploy, a very professional theft. The burglar only entered the room where the Cézanne was hanging, and that appeared to be his only target. He obviously knew exactly what he was doing. He used the smoke device to prevent any security cameras or patrolling guards from seeing his face.'

For a Cézanne connoisseur, the painting holds great significance. Christopher Brown, the director of the Ashmolean Museum from 1998 to 2014, “describes the painting as important to understanding the artist’s career, showing him transitioning from his early work to the mature style he brought to well-known later works” (Ezard).

More than twenty-two years have passed since the Millennial Eve celebration, but the thief remains anonymous, and the painting has never been recovered.

Since other invaluable paintings were left behind on that once-in-a-century party night, it’s possible a private collector arranged for the theft of this specific Cézanne painting. Or maybe the thief still has it hidden away in a place only known to him. Perhaps he gazes at it while also sipping a fine wine and watching Entrapment. 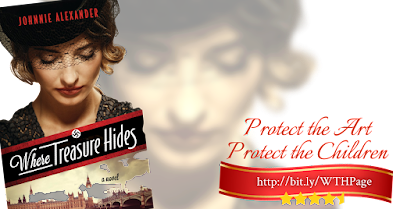 Johnnie imagines inspiring stories in multiple genres. A fan of classic movies, stacks of books, and road trips, she shares a life of quiet adventure with Griff, her happy-go-lucky collie, and Rugby, her raccoon-treeing papillon. Visit her at johnnie-alexander.com.
Posted by Johnnie Alexander at 1:30 AM