The Backward Walk Around the World - Part II, Europe 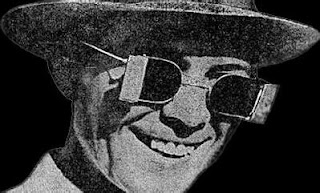 If you haven't yet, please read Part I, America first.

When we last left Plennie Wingo, the man who walked backward around the world, he had just finished his cross-country trek from Fort Worth, Texas to the east coast. A shoe company had found work for him aboard a ship, and he set sail across the Atlantic for the second leg of his trip.
EUROPE
Disembarking from the merchant ship the Seattle Spirit, Plennie Wingo began the mileage count once again, setting off through Hamburg. After a month in the city, on February 1, 1932, Wingo reverse-stepped his way to Berlin, 180 miles east. Finally reaching Berlin on February 15, 1932, a crew from Paramount Pictures filmed him walking around the city for a newsreel.

It would have behooved Wingo to learn the language, or at least have a translation book with him. In Dresden, he discovered a beautiful hotel. Inside, however, he was led to a room of lockers and instructed to strip. Highly uncomfortable, but feeling he had no choice, he obeyed. He was then led into a room full of other men in the same state of undress. There, they were hit with water from spigots on the walls, and then mopped down with soapy water by the man who had unceremoniously railroaded him into this situation. The group received towels and nightgowns, were led into a room with long tables and benches, and were served hard bread and soup. A chaplain led a prayer, and there was singing. Afterward, they were all led into a large room with rows of cots.
What kind of a hotel is this? Plennie wondered. Even though the warm room was comfortable, a chemical smell kept him awake. After a sparse breakfast, he gathered his belongings and left in search of something more substantial.
At a restaurant, he was digging into his hearty meal when an English-speaking German asked him about his sign, that by now had been translated. Ecstatic he’d found someone he could talk with, he asked about last night's hotel. Apparently, it was nicknamed “the delousing joint,” a mission for unfortunates. The man recommended a nicer hotel that his friend owned for his stay in Dresden, where Wingo ended up spending two free nights courtesy of the welcoming proprietor.

Continuing on, Plennie Wingo trekked backward toward eastern Europe. After a couple of wrong turns that led him straight into a lumber camp, he was escorted to the Czech border for the next leg of his journey that would be his most challenging yet.

Onward—or rather backward, he marched, struggling through snowstorms. Into Prague where a wealthy man gave him a new suit, Vienna where a newspaper carried his story, and on to Budapest. 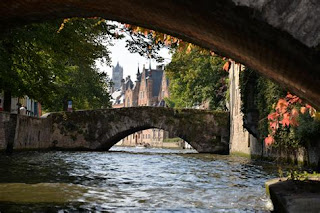 Near Sebes, Romania, he accidentally knocked his cane from a bridge into the river below. Panicking, he scrambled down and plunged into the murky water. On the sixth dive down into the depths, he arose triumphant, cane in hand. He couldn’t have imagined continuing his trip without his sturdy companion.

Once in Sebes, and tucked safely into a hotel, he noticed the date. April 15, 1932. He’d been on his journey an entire year.

In May, 1932, after being arrested in Sofia, and then detained at the Turkish border, he arrived in Istanbul where he spent several days in The Capital City Murder Jail. The charge was being a public nuisance. They didn’t understand the western mindset of flagpole sitting, pushing a peanut up Pikes Peak, or walking around the world backward.

The Associated Press caught wind of Wingo’s plight and published the story with syndication in newspapers all across America.

“Plennie Wingo is stranded in Turkey and can’t get out backwards or forwards. The Balkan police regulations don’t say anything about crabwire passage across the frontiers, so first the Bulgarian police and then the Turkish police arrest him. Now he’s in jail without a visa and broke.”

Once freed from jail, Wingo agreed to move forward, literally, and spent time in Istanbul deciding whether he could continue or not.

A meeting with the American consul, Charles Allen, proved disastrous to Wingo’s ambitions. Allen convinced the reverse walker that to move on would be deadly. Besides the civil unrest in and around Persia, there were roadless regions, tall, impossible mountains, jungles with bad men and mean snakes. Allen refused to grant a VISA. Plennie Wingo had gone as far as he could around the world.

Depressed, but resigned, Wingo hatched a Plan B. He boarded the ship Exeter to Marseilles, France, and worked for his passage until he arrived in New York on June 15, 1932.

Safe on American soil, Plennie Wingo’s desire was to finish his transcontinental journey with a cross-country trek from the west coast to Fort Worth, Texas. Thus, he began this last reverse leg in Santa Monica, California on August 13, 1932. 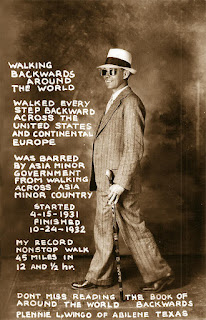 After several more misadventures, he finally backpedaled his way into the Western Union in Fort Worth, Texas. In the end, Plennie Wingo had worn out twelve pairs of shoes and seen a good chunk of the world in one year, six months, nine days, four hours, and twelve minutes, and had traveled 8000 miles for which he was recognized by the Guinness Book of World Records. The syndicated strip Ripley’s Believe It or Not! also added his stunt to their list of weird achievements.
POST WALK

Plennie wrote a book about his adventures. After a stuttering start, it was finally published in 1966, but performed weakly.
Though he met his backward walking goal, for the most part, it didn’t earn him the fame and fortune he’d hoped. He remarried and re-divorced his wife and eventually married his soulmate, a woman named Juanita Billingsley, thirty-three years his junior. He appeared on Johnny Carson, and performed a 400-mile publicity backward walk for the Ripley museum in San Francisco, California. Wingo died on October 2, 1993, at the ripe old age of ninety-eight. He never wavered from the thirty-six-year-old skinny, buck-toothed man who was catapulted into the world of oddities simply to prove a point to a group of teenagers who thought everything that could be done had been done. 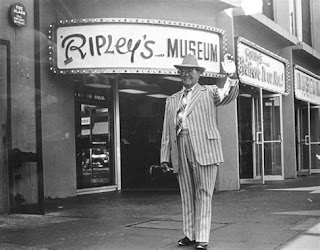 Thank you, sir, for proving them wrong.

Quotes from The Man Who Walked Backward by Ben Montgomery, Hatchett Book Group, 2018.

Plennie Wingo began his backward journey on April 15, 1931, the 19th anniversary of the sinking of the Titanic. He set out with that same tenacious spirit, but came back a victor.
Titanic: Legacy of Betrayal
A secret. A key. Much was buried on the Titanic, but now it's time for resurrection.