NURSE EDITH CAVELL: SAVING LIVES ONE WAY OR ANOTHER

“Someday, somehow, I am going to do something useful, something for people. They are, most of them, so helpless, so hurt, so unhappy.” ~Edith Cavell 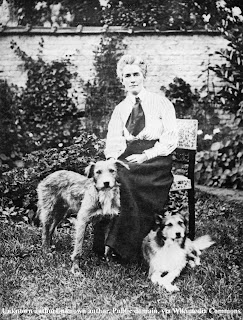 Born Edith Louise Cavell on December 4, 1865 in Swardeston, England where her father was a vicar for forty-five years. After a regular education, she became a governess for various families and served as a governess in Brussels, Belgium from 1890 to 1895. When her father fell seriously ill, she went home to nurse him back to health. In helping her father, she discovered her passion for nursing. At age thirty, she applied to become a nurse probationer at the London Hospital.

She worked in several different hospitals in England. Then as a private traveling nurse, she treated individuals in their homes in villages across England. Her patients’ ailments included gout, eye afflictions, appendicitis, pneumonia, pleurisy, and cancer, among others, giving her a wide range of experience. When typhoid broke out in 1897 in Maidstone, Cavell was sent to help. For her work there, she and others were awarded the Maidstone Medal.

In 1906, she took a temporary post at a private nursing institution. Later that year, Dr. Antoine Depage recruited her to be matron at a newly established nursing school in Brussels. By 1910, Cavell launched a nursing journal in Belgium. Within a year, she was training nurses for three hospitals and dozens of schools. 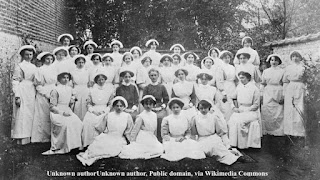 When World War I broke out, Cavell had been visiting her widowed mother. Instead of remaining in England, she returned to Brussels, where she knew her skills would be badly needed. Her clinic and nursing school had been taken over by the Red Cross. Cavell was firm with her nurses that they were to attend to everyone in their care equally regardless of their nationality. The Germans advanced and, in November 1914, Brussels fell. Sixty English nurses returned home, but Cavell and her assistant remained.

Two British soldiers managed to make their way to the hospital. Cavell hid them for two weeks before helping them get to neutral Netherlands. As other British, Belgium, and French soldiers made their way to the hospital, Cavell aided them in safe passage to the Netherlands, as well as French and Belgium civilians of military age. This scheme had been devised by Prince and Princess de Croÿ of Belgium (brother and sister). The escapees were given money, papers, and guides to get them to safety over the Dutch border.

“I can’t stop while there are lives to be saved.” ~Edith Cavell
Cavell helped about 200 Allied soldiers over the course of a year, until August 3, 1915 when she and several others were arrested for harboring Allied soldiers. Confined in Saint-Gilles prison for ten weeks, she spent the last two in solitary confinement. She was tried and found guilty of treason. 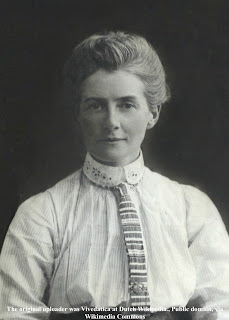 Ordinarily, medical personnel were protected under the First Geneva Convention. However, if that position was used for any belligerent action the protection was forfeited. According to German military law, this type of action was punishable by death.

On October 7, 1915, Cavell and the others were brought before a court-martial. Cavell herself signed a confession of her actions on October 9 and was sentenced to death. She knew from the onset of her actions that this would be the outcome if caught, and yet she chose to offer aide anyway.

Due to the provisions of the First Geneva Convention, Britain was powerless to do anything to help her. However, the United States had not yet joined the war and tried to put diplomatic pressure on Germany to spare her life. Spain also tried to gain her a reprieve, to no avail.

“I am thankful to have had these ten weeks of quiet to get ready. Now I have had them and have been kindly treated here. I expected my sentence and I believe it was just. Standing as I do in view of God and Eternity, I realise that patriotism is not enough, I must have no hatred or bitterness towards anyone.” ~Edith Cavell
Cavell and one other in the group arrested were put to death by firing squad. Others, including Princess de Croÿ, were held in prison. Cavell was forty-nine.

A shock wave raced around the world at the news of her death, and it united people in pride and grief. It also sharply increased anti-German sentiment. The Allies refused to let her death be in vain and used it in propaganda. 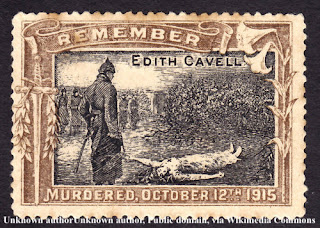 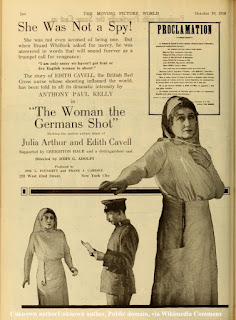 The first films about Cavell and her execution were in 1916, followed by more films, plays, and television shows decade after decade. Songs and an opera were written in her honor as well. She had monuments and statues dedicated to her. 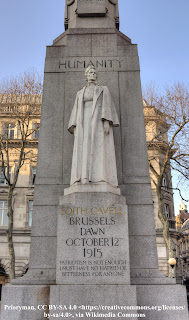 After the war, her body was transported from Belgium to England where the King granted special permission for her to be buried on the grounds of Norwich Cathedral. 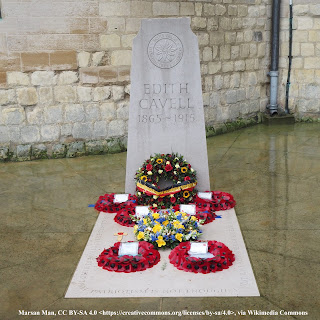 At the time, Britain denied Cavell was involved in any kind of espionage. However, in recent years, a former head of MI6 revealed new evidence that strongly suggests Cavell had assisted in smuggling information as well as soldiers.

I marvel at individuals like Edith Cavell, who risk their lives for strangers. For my children, grandchildren, family and loved ones, I could see myself doing this, but I don’t know if I’m brave enough or strong enough to do that for strangers.

“Greater love hath no man than this, that a man to lay down his life for his friends.” John 15:13

I can see why, two months later, the parents of Edith Piaf (my May post) named their daughter after this brave martyr. World War I was raging, and Edith Cavell’s death was fresh on everyone’s mind.