Woman of Influence—Mary of Magdala 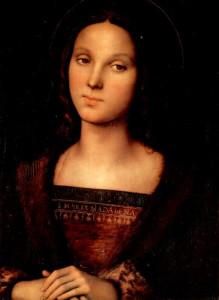 When I was in Israel, the tour guide had our bus driver pull off at an exit in Galilee. Apparently a developer had bought the parcel of land by the exit to build a hotel, but as they started digging he quickly changed his mind about building a resort. Just under the topsoil rested the town of Magdala and the remains of a synagogue dated fifty years before Christ, which makes it the oldest synagogue found in Galilee. Even more remarkable is the undisturbed nature of this site. The Magdala Synagogue stands alone, with nothing above or beneath it—making it a virtual time capsule of its day. Currently, its foundations are visible, along with steps, seats and a fresco, all beautifully preserved. 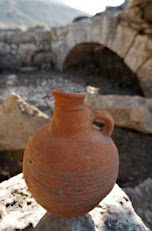 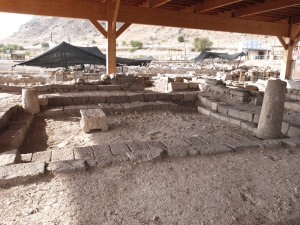 There are many women named Mary in the Gospels, but Mary of Magdala appears in every Gospel narrative. Mary is listed as one of the women who was supporting Jesus's ministry financially, so she must have been relatively wealthy. The places where she and the other women are mentioned throughout the gospels strongly indicate that they were vital to Jesus's ministry, and the fact that Mary Magdalene always appears first, whenever she is listed in the Synoptic Gospels as a member of ‘a group of women,’ indicates that she held an important role. 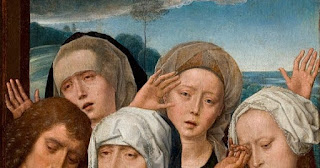 One of the first things we learn about Mary Magdalene is that she was possessed. Luke 8:2 says, “And certain women who had been healed of evil spirits and infirmities—Mary called Magdalene, out of whom had come seven demons.” We are not told whether Jesus healed her of the demons, but we do know that her loyalty and devotion to Jesus was very strong. Luke 7:47 says, “Therefore I say to you, her sins, which are many, are forgiven, for she loved much. But to whom little is forgiven, the same loves little.” The context of this verse did not involve Mary Magdalene, but the idea conveyed is totally applicable. He who is forgiven much loves much. 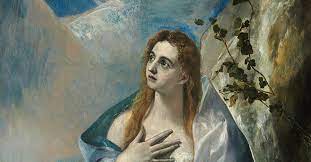 It may surprise the reader to discover that Mary Magdalene was not a prostitute. The portrayal of Mary Magdalene as a prostitute began in 591 when Pope Gregory's Easter sermon resulted in a widespread belief that Mary Magdalene was a repentant prostitute or a promiscuous woman. Perhaps because she had been delivered of seven demons led early church leaders to confuse her with Mary of Bethany (Luke 10:39) and the unidentified sinful woman who anointed Jesus’s feet (Luke 7:36-50). Pope Paul VI removed the stigma attached to her name in 1969 by attesting that she wasn’t a prostitute, but still she is perceived that way due to movies, plays (Jesus Christ Superstar) and novels. 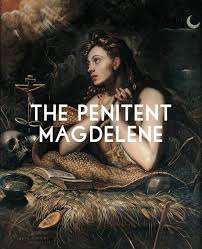 Mary Magdalene’s presence at Jesus’s crucifixion, resurrection, and ascension testifies to her love and devotion of her Messiah. All four gospels list her by name at the cross along with Mary, Jesus’s mother, and Clopas. None of the disciples except for John were brave enough to remain there. Mary Magdalene is not only seen at the foot of the cross, maintaining her devotion to her Lord to the end, but she also followed the men to the sepulcher to confirm where He was buried. Then, on Resurrection morning, Mary Magdalene was the first to arrive at the open tomb. She mistook Jesus for a gardener at first. 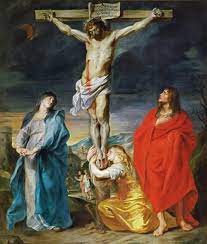 In John 20:16,17, “Jesus said to her, “Mary.” She turned toward him and cried out in Aramaic, “Rabboni!” (which means “Teacher”). Jesus said, “Do not hold on to me, for I have not yet ascended to the Father. Go instead to my brothers and tell them, ‘I am ascending to my Father and your Father, to my God and your God.’” As we can see, Mary Magdalene was the first person to see the resurrected Jesus. And she was the first person to be sent by Jesus to tell others about the resurrection, the most important event in the history of man. 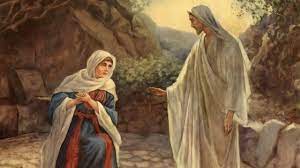 So why did Jesus tell her not to touch Him? In John 20:17, the word translated “touch” is a Greek word which means “to cling to, to lay hold of.” This wasn’t just a touch; it was a grip. Obviously, when Mary recognized Jesus, she immediately clung to Him. Mary’s reaction was motivated, possibly, by several things. One is simply her loving devotion to the Lord. Mary is overwhelmed by the events of the morning, and as her grief turns to joy, she naturally embraces Jesus. Another motivation is Mary’s desire to restore the fellowship that death had broken. She had lost Him once, and she was going to make sure she didn’t lose Him again—she wanted to keep Jesus with her always. However, it was not Jesus’ plan to stay in this world always, and His resurrection was not to be seen as His promised return. That is why He tells Mary of the ascension. His plan was to ascend to the Father and then send the Holy Spirit (John 16:7; 20:22; Acts 2:1-4). Fellowship with Jesus would continue, but it would be a spiritual communion, not a physical presence. 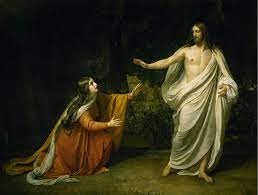