For centuries, art and cultural artifacts have been stolen for the wealth they may bring from being sold on the black market or for the secret joy of “owning” a Rembrandt.

Before and during World War II, Hitler stole innumerable artwork that he wanted for his planned Führermuseum in his hometown of Linz, Austria. Others in Hitler’s inner circle, such as Hermann Göring—the creator of the Gestapo and commander-in-chief of the Luftwaffe—stole so much art that he filled the rooms of his mansion, Carinhall, then buried the rest throughout the grounds.

Thieves sometimes steal artwork then contact the owners or the museum where it was displayed with a ransom demand. More recently, stolen art is often used as collateral in criminal enterprises.

The thieves who stole three valuable paintings from the Whitworth Art Museum in Manchester, England on April 26, 2003, had a very different kind of motive.

Before revealing that motive, let’s take a quick look at the history of the museum and what went missing on that fateful day.

Sir Joseph Whitworth, an English baronet, inventor, and philanthropist, made a donation that led to the founding of the Whitworth Institute and Park in 1889. Seventy years later, the gallery became part of the University of Manchester. 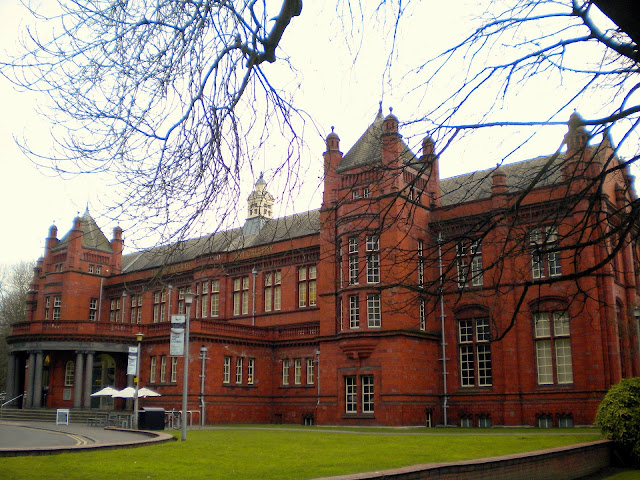 Van Gogh’s The Fortification of Paris with Houses 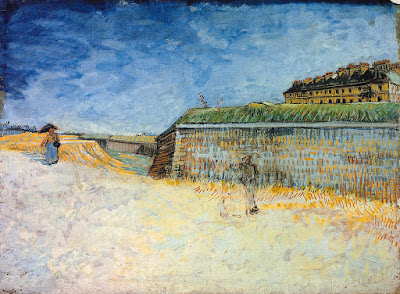 “The picture, in watercolour and gouache on paper, depicts an area of Paris which had a reputation for vice and violence” (Guardian). 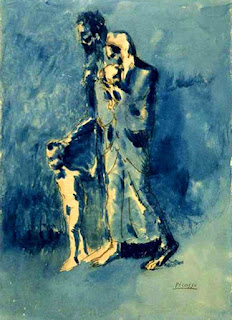 “The pen, ink and watercolour work dates from 1903 and is typical of his ‘blue period,’ showing a family group of man, woman, small child and baby. Experts say it has a hint of a religious parallel with suggestions of the traditional depictions of the holy family” (Guardian).

The painting, “executed in watercolour and pencil, dates from the 1890s and offers viewers twin joys: the artist has used both sides of the paper, sketching a second scene on the reverse” (Guardian).

When the theft was first discovered, authorities believed the art was stolen by well-organized, professional thieves. Perhaps…though it’s doubtful.

You see, the three paintings were found rolled up in a tube with a handwritten note behind a public toilet in Manchester’s Whitworth Park.

In a fun example of British humor, the outdoor bathroom was soon dubbed “The Loovre.”

The note suggests the thieves had a noble cause…to prove the museum’s need for greater security.

Unfortunately, that noble cause exacted a price. A corner of the Van Gogh was torn and all three suffered weather damage. Even so, the paintings were repaired and back on display within a few weeks.

No matter one’s motive, art should NOT be stolen! 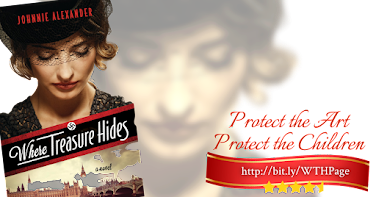 Note ~ All photos are in the Public Domain.

Posted by Johnnie Alexander at 7:14 AM