History of the Flushing Toilet 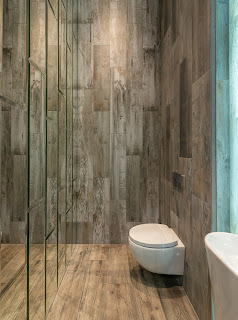 I know, the toilet is a weird thing to write a blog post about. But in our history of ordinary things, I would be remiss to exclude the flushing toilet. And just wait until you read all the interesting stuff there is about this topic. You'll never look at a toilet the same way again.


We often think of the flushing toilet as a modern convenience, but in reality, the flushing toilet is such an old idea that we have no idea who to thank for the original invention. The honor of producing the first toilet is typically attributed to either the Scotts, the Greeks, or the Indian peoples.

A Stone Age Neolithic settlement in Northern Scotland left remains of what appears to be indoor plumbing. The settlement consists of a cluster of eight houses built on top of a mound of debris from a previous settlement. It seems the settlement was intentionally built atop the pile in an effort to provide insulation for the cold winter months. When the archeological team discovered the site in the 1850's, they were unusually careful in their excavation, which is to our benefit today. They created multiple sketches to document what they found, and revealed that each of the dwellings had a type of "cell" in one corner that had "drains" that sometimes linked with the "drains" from other houses then led to the outside. While experts debate how certain they are that these were primal toilets, no one seems to deny that they were very likely to be such. Since this settlement dates somewhere between 3200-2500 B.C, these may be the oldest known form of indoor toilets.


In the photo below you can see where the entry to the "cell" (to the right) is located in the ruins of this dwelling. 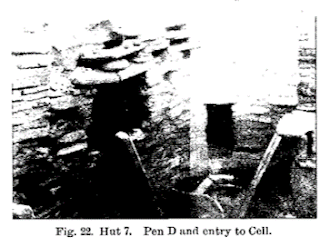 To see photos and a more compete article on this stone age settlement, check out this link.

The other place that vies for the first toilet privilege is in the Palace of Knossos in Crete. This site is well documented with sketches and ruins showing both where toilet seats would have been, as well as the flushing drainage systems that carried the waste away. You can see in the figure below that not only was there a "toilette room" but also a "bath room" where there seems to have been running water for bathing as well.

It seems to be through the dark ages that we lost the flushing toilet in favor of "chamber pots" which were then just tossed out into the streets, or the more permanent ones that simply had a chamber that could be emptied into a river, or just fell directly into a pit in the ground. Pretty much variations on the outhouse concept. These were stinky, dirty, and created all kinds of sanitary and health issues.

The godson of Queen Elizabeth I invented a water closet with a flushing mechanism in 1592, however his invention was mostly ignored. It wasn't until 1840's that once again the flushing toilet became a topic. In 1843, the average toilet in London was used by more than 100 people. British government began mandating that each house had its own water closet, and began instituting a public sewer system.

In 1861, a guy by the name of Thomas Crapper (how do you get a better pun than that?) was hired to put lavatories in many royal palaces. He patented many inventions in regards to flushing toilets, along with his contemporaries such as George Jennings, Thomas Twyford, Edward Johns and Henry Daulton. Between these men, the ancestor to our modern toilet was formed.

The flushing business really took off in the 20th century, evolving into the sewer systems and modern toilets we have today. And this is important. Because according the World Health Organization, not just health and sanitation, but also social development, safety, and educational development are all hugely impacted by whether or not a civilization has sanitary toilet systems. The WHO states: "The countries where open defecation is most widespread have the highest number of deaths of children aged under 5 years as well as the highest levels of malnutrition and poverty, and big disparities of wealth."


This makes me incredibly grateful for our indoor bathrooms with flushing toilets. Now maybe you can appreciate them more too! 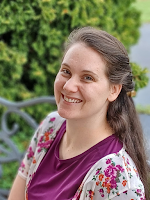 Two-time winner of the Christian Indie Award for historical fiction, Amber Lemus inspires hearts through enthralling tales She has a passion for travel, history, books and her Savior. This combination results in what her readers call "historical fiction at its finest".

Amber is a proud member of the American Christian Fiction Writers Association. Visit her online at http://www.amberlemus.com/ and download a FREE story by subscribing to her Newsletter!
Posted by Amber Lemus at 1:00 AM