Bayeux, in Northwest France, is in the Calvados department of the Normandy region. Once an important Roman city, it was captured in 880 by Rollo the Viking, who became the first duke of Normandy in 911. Bayeux was a Norman stronghold. The people spoke the Norse language.

A descendant of Rollo, William the Conqueror was born in this area and his castle exists to this day. Other medieval structures also line the cobblestoned streets from as early as the 13th century. Stone was not as prevalent as in other regions of France and construction depended upon available materials. Half-timbered was the method employed. 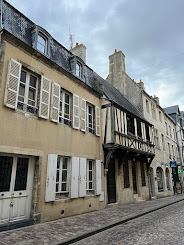 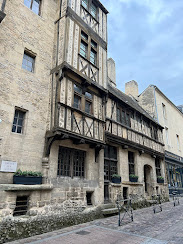 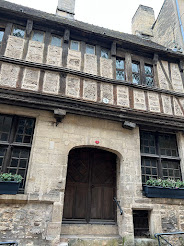 This term refers to the wood timbers on the inside and outside of the buildings. In between the timbers are materials such as plaster, cob, or wattle and daub. To provide space on the narrow streets, the base consumes less space. The next floors may expand outward with each floor as they climb in height. Often timbers were not the same length or width, which provided unique designs. The appearance was not as important as the strength.
Another medieval structure present in Bayeux is the Notre Dame Cathedral. Norman-Romanesque in style, the cathedral hails to the 11th century. William, Duke of Normandy and King of England, was present for the consecration in 1077. Over the years the cathedral suffered damage. The first restoration resulted in the Gothic style evident on the upper levels and capped towers. 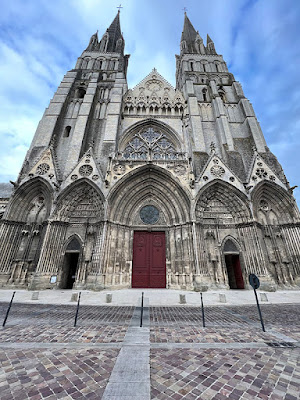 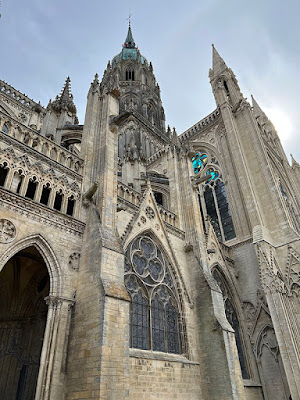 Visitors enter through one of the smaller doors at the front. In the middle of the front façade, two massive wood doors stake their claim under a rose window. Sadly, very little original stained glass remains in the cathedral. 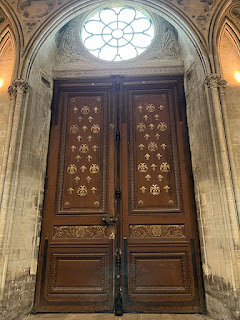 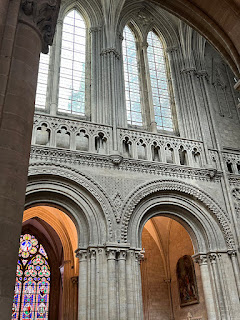 A 180-degree turn provides a view of the nave. The bottom level is the original Romanesque presentation. The Gothic addition towers above. Historians believe that the Bayeux Tapestry hung within the nave. Imagine the 224-foot tapestry lining these stone walls. Observe the ornate pulpit on the left of the nave. 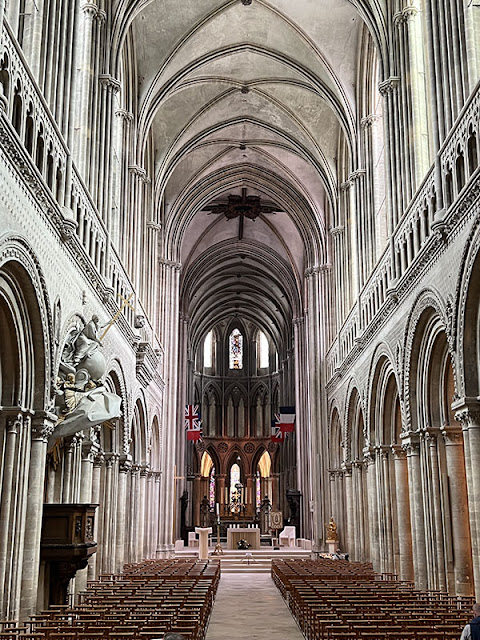 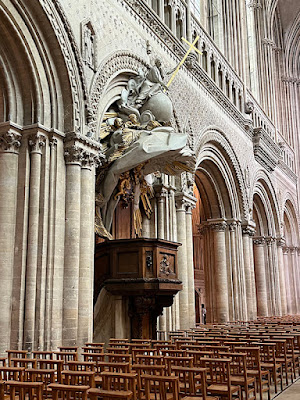 The crypt (beneath the altar) stored relics. It is one of the only remaining portions of the 11th century cathedral. The others are the towers at the western end and the first level of the nave. 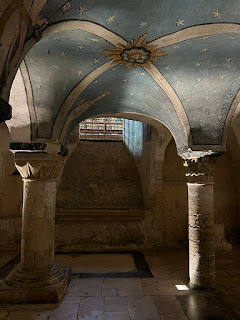 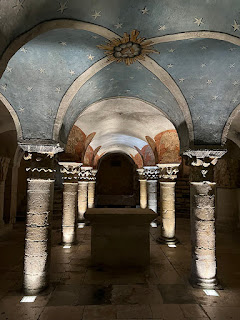 Considering a trip to Bayeux? Which place would you visit first? Learn more in other Heroes, Heroines, and History posts: William the Conqueror, The Bayeux Lacemakers, The Bayeux Tapestry, and Liberty Trees. 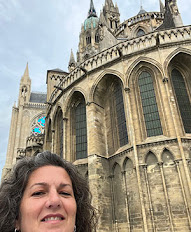 As a child, Rebecca loved to write. She nurtured this skill as an educator and later as an editor for an online magazine. Rebecca then joined the Cru Ministry - NBS2GO/Neighbor Bible Studies 2GO, at its inception. She serves as the YouVersion Content Creator, with over 75 Plans on the Bible.com app.
Rebecca lives in the mountains with her husband, the youngest of their two sons, and a rescued dog named Ranger. If it were up to her, she would be traveling - right now. As a member of ACFW, FHLCW, Jerry’s Guild, and Hope*Writers, Rebecca learns the craft of fiction while networking with a host of generous writers. She is working on her first fiction novel. This story unfolds from the 1830s in Northern Georgia.
Connect with Rebecca:
Clubhouse Facebook Goodreads Instagram Pinterest Twitter Website: