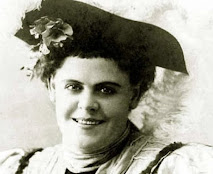 Marie Dressler was born on November 9, 1868 in Cobourg, Ontario, Canada. Her birth name was Leila Marie Koerber. Marie surprised show business with her success at box offices around the country. She didn't have the typical slender and look of most actresses or women in show business, and the media outlets referred to her as homely. But she didn't let anything stop her.
She was fourteen when she joined a theater group and performed with them, and she also did light opera. By 1892,, she joined Broadway and became a star on the vaudeville circuit. In 1914, she starred in a show called, Tillie's Punctured Romance with Charles Chaplin. She took top billing over Charles Chaplin, but her film career didn't blossom. She participated in the chorus girls strike in 1917, and it hurt her career. She was blacklisted. She struggled to make ends meet, and at 59, her break came. 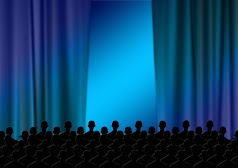 It was when sound was introduced to movies that made Marie a star again. Irving Thalberg felt she had potential, and he helped her rebuild her return to film. When Greta Garbo was one of the first to act in a sound film, Anna Christy, Marie Dressler also had the part of Marthy in the film. She received rave reviews, and it jump-started her career again. She was considered homely but talented, and she held the most popular actress for three consecutive years. She went on to perform in more movies with much success until she died of cancer in 1934.

Dressler's father was Alexander Rudolph Koerber, a German-born former officer in the Crimean War. Her mother was Anna "Annie" Henderson. She had an elder sister, Bonita Louise Koerber (1864-1939) wed playwright Richard Ganthony, and lived in Richmond, Surrey, England. The family lived at 212 King Street West, Cobourg, Ontario, Canada. The house is an historical site and museum.

She was married to James H. Dalton until his death in 1921, and she had one child who died at infancy. She was first married to George Hoppert, but they divorced in 1896.

I hope you've enjoyed visiting me here today! Thank you for coming!

Rachael's Decision releases in stores and online Jan. 24, 2023. You can preorder today! Visit me at Molly Jebber's news for where I'll be speaking, podcast interviews, and more!