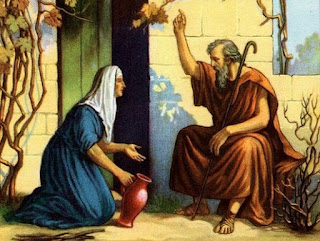 Every month of 2022, I’ve been writing about women of influence in the Bible. The woman chosen for November is not the normal woman of influence; perhaps, that is why she is unnamed. Yet, this widow was and is a woman of influence in my own life. Before my husband suddenly died a few years ago, we had accumulated a lot of credit-card debt, which we were slowly paying off, but when Bobby died, and my monthly income had decreased, I was worried. My accountant told me I should call the credit-card companies and tell them I couldn’t pay them. Yes, my credit scores would drop to all-time lows, but a person has to eat. Instead of taking her advice, I sought the Lord’s, and I met this unnamed widow of influence. 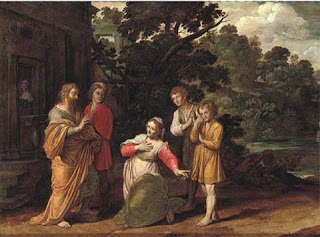 According to II Kings 4:1-7, the woman was the wife of a man who deeply revered the Lord. He was called ‘one of the sons (disciples) of the prophets.’ Back then, Israel had separated from Judah and was a land of idolatry. There were few prophets and few believers in Israel, but this woman’s husband was probably a disciple of Elisha. Unfortunately, her husband had taken out a sizable loan, then died unexpectantly, leaving his family with a debt that they could not afford. As a result, the creditor was coming to take her two sons to be his slaves. That’s how people paid off their debts at that time. From this we can easily understand the emergency of the situation: the woman who had lost her husband was about to lose her two sons as well, and as a woman, she’d have had no way to support herself. 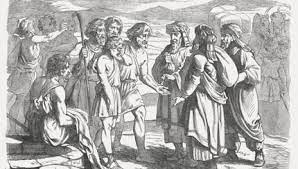 To face this problem she cried out to Elisha, the man of God. Her first four words say it all: “your servant, my husband.” Her husband was his servant. This means both he and she were loyal to Elisha; they were part of a group of followers of Elisha. In 2 Kings 4:2, it says, “So Elisha said to her, “What shall I do for you? Tell me, what do you have in the house?” Elisha was there ready to help this widow. He did not condemn her for the debt. What had happened, had happened. What counted now was not the past, but that in the present time, she needed immediate support, and to find it, she sought the Lord. Also see that Elisha did not try to get rid of her because the problem was too difficult. He certainly did not have a solution to her problem; nevertheless, his reply shows that he was ready to help in any way he could. This widow was really in great poverty. There was nothing in her house but a jar of oil. Obviously in her effort to get rid of the debt, she’d sold everything. There was no table, no beds, no cooking utensils. The only thing that was left was this jar of oil. However, this jar of oil was enough for God to bring deliverance to her. 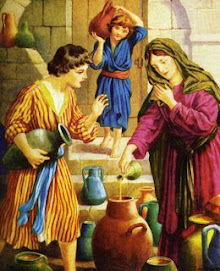 God, through Elisha, told the woman to borrow empty vessels and to pour the oil from her jar into them. The word for “vessels” here is the most general term for containers. In today’s terms, it would include anything from a 5-gallon bucket or a Tupperware bowl to a wine bottle or a perfume jar. If we do not take God into account, these instructions may sound really crazy. For, according to scientific laws, a jar of oil cannot fill but another jar of oil of the same size. Therefore, scientifically speaking, what Elisha told the widow that would happen was impossible. What Elisha said would certainly come to pass, if the widow did exactly what he said: Borrow the empty vessels from her neighbors, shut the door, and fill the jars with oil from her jar. 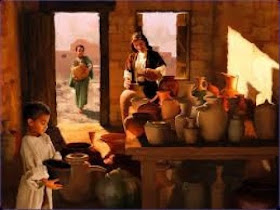 Elisha told her to collect as many empty containers as she could from her neighbors. Note how he employed the community in his miracle to help the widow. The neighbors’ charity to lend her their containers was essential to how she would find relief. Next, Elisha strangely ordered her to shut the doors behind her and her kids. What is the point of this direction? This step may be an allusion to a law in Deut. 24:10,11. It says that a creditor cannot enter one’s house to seize the pledge; instead, the debtor has to bring the pledge outside to the creditor. Inside they were safe. Elisha made her shut the doors to follow this law and to protect her kids. 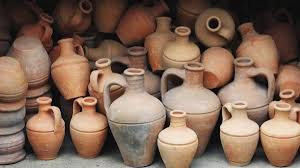 Elisha then told her to take the flask and start filling up each borrowed container, one at a time. Her children brought her a vessel. She filled it, and then it was pulled to the side and replaced with an empty one. This has to be the slowest miracle ever! She collected some 50, 100, or more containers. With this slow dribble, the widow filled buckets, canning jars, tubs, and gallon jugs. This could have taken days. We can just picture the widow and her kids, exhausted and oily, sitting in a house crammed with vessels of oil with spills all over the place. And when they reached the last container, the oil stopped flowing. 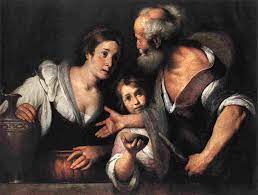 She came and told the man of God, and he said, “Go, sell the oil and pay your debts, and you and your sons can live on the rest. Elisha provided the miracle of oil, so that the widow would pay off her loan and not lose her children. And there was enough oil to live off of for the rest of the their lives. The flask of oil, which represented the widow’s utter poverty, became the very source of becoming debt-free and living daily life. Elisha didn’t forgive the debt, but he produced income to pay the loan off. This was not a usual miracle, but it is one that surely shows the Lord’s compassion on his people—in this case, a nameless, poor widow. 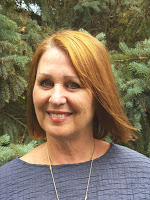 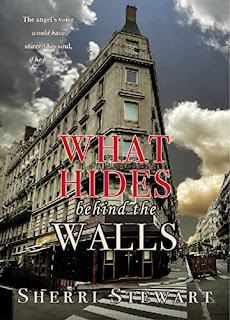 When Tamar Feldman admits to her husband, Daniel, and mentor, Neelie Visser, that she broke into her former home, they scold her for taking such a risk. Tamar is tired of being careful. She’s tired of living in the present, as if the past doesn’t matter. But the painting of the violin girl in her former bedroom draws her back again and again. She finally steals the painting to return it to its former owner. Now maybe this small act of justice will help her start to heal What Tamar doesn’t realize is the past isn’t finished with her yet; in fact, it’s as close as the walls in her house and even follows her to Paris.