CHRISTMAS IN THE 1800s By Cynthia Hickey

Christmas traditions have been around since almost forever, but it wasn't until the 1800s that celebrations began to resemble how we celebrate today. Since most of my historicals take place in the 19th Century, I'd thought I'd share some of the traditions of that era.

Preparations often started early. Mothers started the mince meat for pies three months in advance in order for it to mature. Younger family members strung traditional red and green around the house. Green for the continuance of Jesus's life, and red for the blood shed at His Crucifixion.

In the 1840s, the sending and receiving of Christmas cards became something to look forward to. A week before Christmas, the family searched for the perfect Christmas tree, often a fir and dragged it home to decorate. 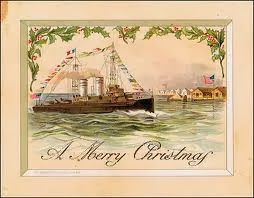 The Christmas tree first gained popularity in British and American society thanks to the husband of Queen Victoria, the German-born Prince Albert. He installed a decorated Christmas tree at Windsor Castle in 1841, and woodcuts of the Royal Family’s tree appeared in London magazines in 1848. Such illustrations, published in America a year later, created the fashionable impression of the Christmas tree in upper class homes.

The night before Christmas was normally spent at church. When the family arrived home, the children hung stockings in hope Father Christmas would leave a treat. In return, they left Mom's mince meant pie which she had prepared weeks ago.

The Civil War brought about the biggest change in how Christmas was celebrated. As with slavery, the North and the South were divided on the issue of Christmas. Many Northerners saw sin in the celebration of Christmas, choosing to put most of their emphasis on Thanksgiving. But the South embraced Christmas as an important part of the social season. The first three states to make Christmas a legal holiday were Alabama in 1836, Louisiana and Arkansas in 1838.

By the last quarter of the nineteenth century, Americans decorated with abandon, caroled, baked, and shopped. Since then materialism has rocketed. The traditions we celebrate today came from these earlier times.

In the anthology, A Pioneer Christmas, my story, A Christmas Castle, takes the reader back to a simpler Christmas. Here is a photo of what their home might have looked like. 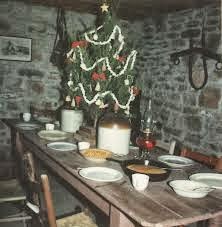 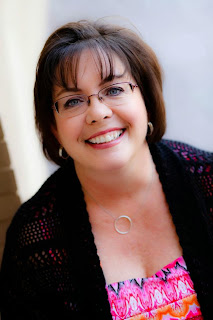 For your chance to win a copy of A Pioneer Christmas, an anthology with nine best-selling and award-winning authors, tell us of one of your favorite holiday traditions. One that my family started over twenty years ago is hanging a stocking for Jesus in the center of ours. Before we can dig into our stocking, we have to put something in His. Something only we can give Him. These are kept secret between us and the true reason we celebrate the Holiday.