Some of you may be familiar with ice roads from watching tv shows like the History channel's reality series, Ice Road Truckers. Ice roads have been used for years as an efficient method of travel where ice freezes to a deep thickness from December to March or April.


And along with vehicle roads on ice, there were ice bridges for trains, often called ice railways. Now trains are heavy when compared to early cars or horses and hay wagons, and even much heavier than the 18-wheel trucks you see on Ice Road Truckers which means you need very thick ice to support the weight. Extremely thick ice.

Back in the early 1980's when I was a member of the Canadian Armed Forces and on exercise in Yellowknife in Canada's Northwest Territories, I got my first look at an ice road. It seemed to be nothing more than a line slaking across the North Arm of Great Slave Lake as shown in this photo I took on that cold March day. 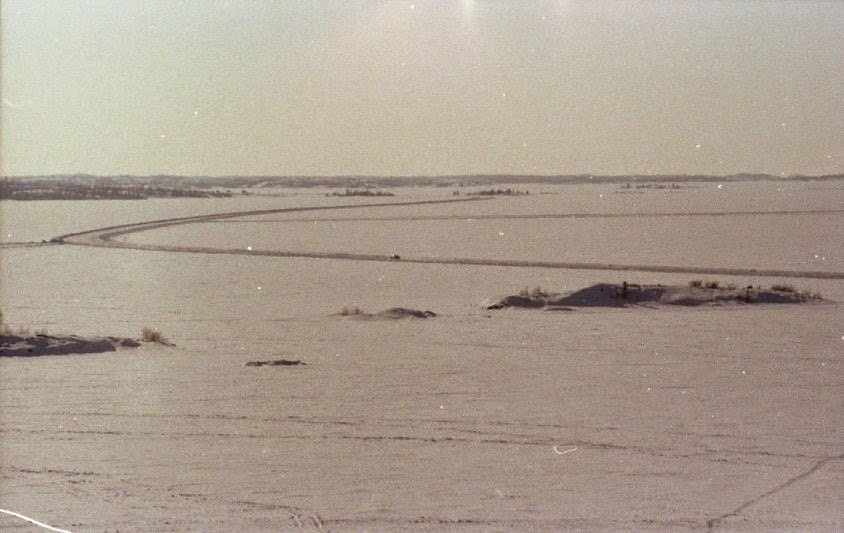 Now imagine a heavy locomotive travelling on that stretch. Scary, isn't it? Why did railway owners take the chance with their freight and human lives to travel across ice? Time, money, practicality.

Before the railway bridge was erected in 1883 at Bismark, ND, goods and people were transported across the Missouri River by steamboats. When the river froze however, they erected a railway to continue the service.

The following 2 photographs show the Northern Pacific laying track and then crossing the frozen Missouri River at Bismark. In the Harper's Weekly image, railroad workers laying ties and rails across the ice while people watch. In the background, a train in reverse position with a flatbed provides the materials necessary to complete the task.


An 1880 ice bridge across the St Lawrence River was created as a protest against the high cost of using Montreal's Victoria Bridge. When the Grand Trunk Railroad opened the Victoria Bridge in 1859, it was hailed as the 8th Wonder of the World. However, the 6 million dollar price tag needed to be recouped somehow and it was done by charging high rates to cross.

Instead of using the bridge, competitor trains were ferried across the river in summer. Once the river froze to a minimum depth of  60 cm/24 inches along the 2 km/1.24 mile stretch, extra-wide beams placed every 7 feet helped distribute the heavy weight evenly over the wide surface area.

Here's another view of the above ice bridge, also taken by noted photographer, William Notman. In this photo, you can clearly see how the tracks were placed upon the ice.

Unfortunately, on January 5, 1881, the ice suddenly gave way beneath the locomotive and it sank, but not before the passengers were able to scramble out and away. This is depicted in the following drawing found in the January 15, 1881 Canadian Illustrated News.

History notes that the very next day, a lighter train was used and the train continued ferrying goods and people across the river each winter until 1883.

Sometimes ice bridges were put up for a single use occasion, such as on Christmas Eve, 1879, when rails were laid on the ice across the Red River from St. Boniface to Winnipeg, Manitoba in order to receive a new locomotive, the "J.G. Haggart", which had been purchased from the Baldwin Locomotive Works of Philadelphia.

In 1899, the Scientific American reported that the Trans Siberian Railroad had built an ice bridge across the River Irtish and Baikal Lake.

And finally in 1923, Alaska Railroad built an ice bridge across the Tanana River at Nenana just prior to completing the railroad.

1923 is the last reference I've found of a train crossing on ice. I suppose that with vehicles increasing in size and roads becoming easier to travel long distance trucking supplanted the need. Light vehicles certainly would have been safer.

But oh, it would have been majestic to watch a huffing locomotive travel across the frozen water.

Don't you think so? 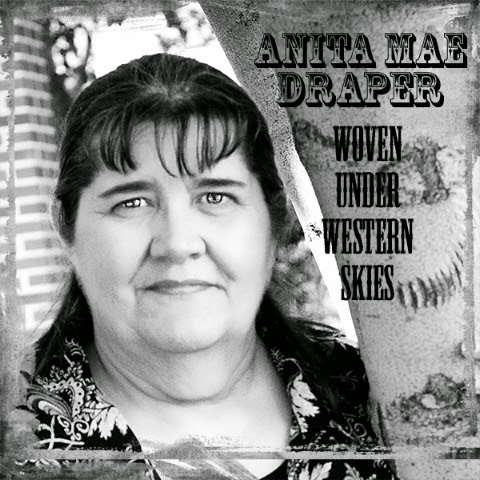