175 years Legacy of a Church Plus a Give Away

Texas: Mission Field of Unreached People
Yesterday, April 10, First Baptist Church in Houston, Texas celebrated its 175th anniversary. What began as a few people with a missionary preacher has grown into what is now called a Mega-church. In years following Texas’ independence in 1836, Texas reigned as a Republic, not a state. Religious groups in the United States viewed Texas as fodder for missionaries. 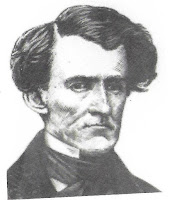 With a $2500 donation from a Christian layman in Georgia, the Baptist Home Mission Society of New York sent a young missionary preacher, James Huckins, to Texas to organize and charter a church.


On April 10, 1841 the church was officially organized, and the first official minutes of the church written down with a grand number of twenty-two members. Elder James A. Huckins remained as pastor for two years. Many well known men in Texas history have served as pastors since those early years, through the Civil War, the turn of the century and on and on until today. 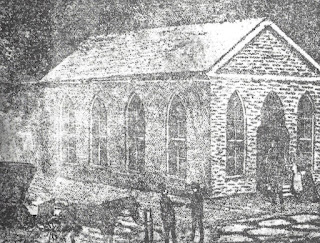 Methodists, Presbyterians, and Episcopalians were already hard at work in the town of Houston. The Baptist congregation was small and met in homes much like the early churches seen in the New Testament until elder William M. Tryon came on the scene and saw the need for church building. Under his leadership the building was erected and dedicated on the fifth Lord’s day in May, 1847.


The church suffered through yellow fever and cholera epidemics, but continued to serve and grow even after the death of Tryon from yellow fever.

Even though Texas became a state in late 1845, Dr. Rufus Burleson came to Texas as a missionary in 1848. As part of the wild frontier, Texans were an “unreached people.” The gold rush in California in 1849 drew a large number of Texans to seek their fortunes in gold, but Dr. Burleson stayed on. He served as pastor through those rough times until he was called to be the second president of Baylor University. Under Huckins' leadership, First Baptist church had been instrumental in the founding of Baylor in 1845, and now Dr. Burleson would leave Houston for the university.

The church survived despite hard times without a pastor even through the days of the Civil War and the Reconstruction. Such things as women’s temperance, the type of services, music in the services, and splits because of differences of opinion did not defeat the church.

During the 1880’s, unorganized expansion and dissatisfied members leaving or withdrawing led to a high death rate of organized churches for almost thirty years. First Baptist survived and three new churches were organized in 1891, 1895, and 1896 with many members from First Baptist.

First Baptist built and dedicated a beautiful new brick building in 1880 with a tower and steeple that would rise 145 feet above the ground. Some difficult times came on the church, and Reverend Then in 1900 the magnificent building was destroyed in the Galveston Hurricane. With $8,000 a new site was purchased and a cornerstone laid on November 12, 1902. One humorous anecdote concerns where they met while the church was being built. Baptist were known for their ban on dancing, so with great irony, they met in a dance hall the fall of 1900 until they moved into the building in 1902. This building was damaged in another storm in 1915, but was repaired.


This is a picture of the church in 1900 before the hurricane. 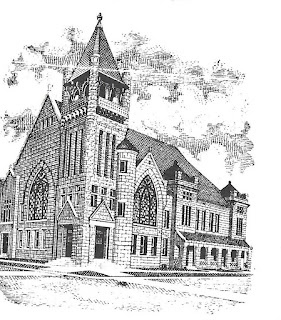 In 1907, the church led in creating the city's first Baptist Hospital which became Memorial Baptist Hospital, a forerunner of the immense Memorial Hermann Health System of today. The people of the church were difference makers in their city. They left a legacy that is being passed on to future generations today.

Case of the Disappearing Organ
The most famous incident in the church history concerned a new organ. In the 1840’s, a generous donor helped purchase a new organ for the church. A particular faction in the church did not like the idea of musical instruments in the church although vocal music was highly regarded. The disapproval became so strong that the organ simply disappeared one day under very mysterious circumstances.

The whereabouts of the organ were unknown and finally members who bought the organ gave up on looking for it. Then Houston decided to dredge Buffalo Bayou to make changes for what later became the Houston Ship Channel. The one time offensive organ, after resting about 40 years on the bottom of Buffalo Bayou, rose to the surface. Now the organ’s sad fate was made known and once and for all solved the case of the disappearing organ. 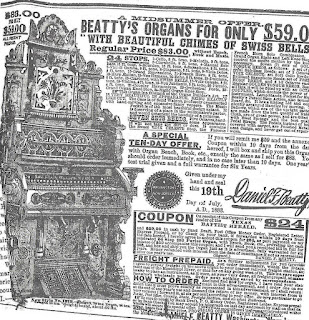 Another amusing anecdote about the music is the fact that in the 1920’s, the churches strongly disapproved of choir robes. The ladies wore their finest clothes and did not remove their hats entering the choir loft. For Easter and Christmas, white baptismal robes were used with the women pinning artificial white roses to the front of their gowns.

The early music programs also made great use of ensembles, quartets and trios among the youth and children as well as adults.

Today music can be quite the controversy in churches as older groups want the traditions and complain because the organ is not used often enough and they don’t like the new worship songs. They also complain because the choir doesn’t wear robes every Sunday. Seems that throughout history, controversy of some kind has arisen in the church over music. The more things change, the more they stay the same.

This is a picture of the church as it was in 1975 when the congregation voted to leave downtown and purchased land at the intersection of Interstate 10 and Loop 610 where it stands today. 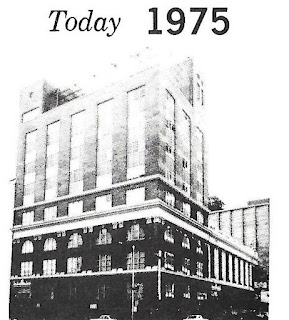 Pictures and information from the Church History Book published in 1985

The Church on the First Sunday in new building 1977 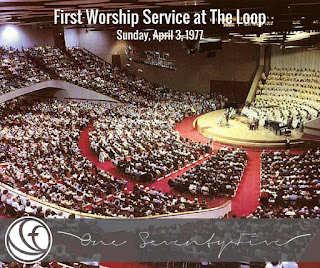 Last month I posted a give away of my book WINTER PROMISE, but we didn't have enough to have a drawing, so I'm extending it to this month.
Leave a comment below about your own church to enter the drawing. If you tweet about the blog, that will be an extra entry. Winter Promise is the paperback book that will be mailed to you, or you may opt for a copy of my newest E-book release, Love Comes to Bluebonnet Inn. It's your choice. 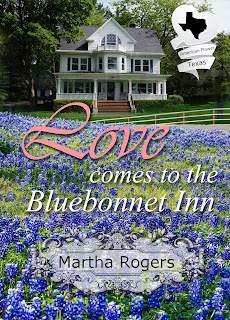 Jolene Burns is the innkeeper’s daughter, in her late twenties and still single. Jolene’s mom and her friends are anxious for Jolie to find a good man and settle down like her brothers, but she is content managing the bed and breakfast and forgetting the disaster of her broken engagement. When a good looking male guest registers at the Inn, Jolie’s mother checks his marital status. She learns he is single and sees him as a prospect for her daughter. The young man, Clay Hill, is a writer who has come to town incognito to find seclusion to write his next novel under his pen name of Clive Hendrix. As the ladies go into matchmaking mode, Jolie conspires with Clay’s to escape the ladies’ endeavors. Despite his efforts to remain anonymous, the owner of the bookstore discovers his true identity and makes a big show of having a famous writer in their town, and plans a big book-signing event for him.  Jolie and Clay find themselves smack dab in the middle of the festivities and falling in love in the process.

Martha Rogers is a free-lance writer and the author of the Winds Across the Prairie, Seasons of the Heart, and The Homeward Journey series as well as the novella, Key to Her Heart in River Walk Christmas, Not on the Menu in Sugar and Grits and Christmas Blessing in Mail Order Christmas Angels. She was named Writer of the Year at the Texas Christian Writers Conference in 2009 and is a member of ACFW. She writes the weekly Verse of the Week for the ACFW Loop. ACFW awarded her the Volunteer of the Year in 2014. Her first electronic series from Winged Publications, Love in the Bayou City of Texas, debuted in the spring of 2015 and Where Love Grows Series in 2016. Martha is a frequent speaker for writing workshops and the Texas Christian Writers Conference. She is a retired teacher and lives in Houston with her husband, Rex. Their favorite pastime is spending time with their eleven grandchildren and four great-grandchildren.