Hot air balloons have a long and diverse history. Today they are used most often for fun or entertainment, but during the early history of hot air ballooning the floating device was used to spy on the enemy or cross over forbidden territory. Brave men and even a few women took their lives in their hands to float high over the land.

Scientist, Pilatre De Rozier launched the first hot air balloon flight on September 19, 1783. He named his contraption Aerostat Reveillon. His first attempted at flight wasn’t manned but instead he filled the basket with farm animals, specifically a duck, a sheep, and a rooster. Imagine the sight! The balloon stayed afloat for about 15 minutes.

A little over two months later, two brothers named Joseph and Etienne Montgolfier created a balloon out of paper and silk, then Francois Pilatrê de Rozier and Francois Laurent, Marquis of Arlanders set off in the Montgolfier’s balloon on the first manned hot air balloon flight. They took off from the center of Paris, France and flew for about twenty minutes. The pair hand-fed the fire to keep the balloon afloat as they stood on a suspended platform dangling from the expanded balloon. Reportedly, the balloon rose at least five hundred feet in the air and traveled about five and a half miles. Not a bad first flight.

Ten days after the first manned hot air balloon flight, the first gas balloon was launched. Though gas was much more volatile than hot air, soon it became the preferred means to inflate the balloon since it needed no fire to expand. Until the Wright brothers flew their winged airplane in 1903, the gas balloon was the preferred means of air transportation. But because of the expense, only the elite wealthy or royalty traveled by gas balloon. The Royal Vauxhall Balloon was typical of the 1830 to 1840 style.

Tragically, in 1785 the first man to fly a hot air balloon, Pilatre de Rozier, was killed in a flying accident. He and a man named Romain attempted to cross the English Channel in a combination hot air and gas balloon. It was an experimental flight and due to using both hydrogen and hot air compartments, the volatile mixture of highly flammable hydrogen with fire to heat the air caused the balloon to explode only thirty minutes after liftoff. Both Rozier and Romain were killed.

As early as 1750, tethered balloons were used by the military for map making and espionage purposes. Abraham Lincoln appointed Thaddeus S.C. Lowe to the position of Chief Aeronaut to the Union Army Balloon Corps. His job was to simplify and streamline the use of air balloons. Lowe did this by creating generators which produced gas. Now the balloons could be filled anywhere the wagons with carrying the generators could go.

Lowe and his second military balloon, Washington, were loaded onto a barge and towed down the Potomac. He was able to fly above the battlefield and observe as the fight moved inland to an area heavily forested. This would be the military’s first successful claim of an aircraft carrier.

Further aerial observations were made at the battles of Sharpsburg, Fredericksburg, Fair Oaks, and Vicksburg. Lowe was criticized by both Congress and the military and he was forced to resign April 1863. By August 1863, the Union Army Balloon Corps all but ceased to exist.

Today hot air ballooning is a fun pastime for both the flyers and observers. Metamora, Michigan, (a small town close to my hometown) has a balloon festival every year. It’s a beautiful sight to watch the balloons take off and float through the sky. It’s exciting and calming at the same time.

Thank you, for stopping by Heroes, Heroines and History today. I’ve enjoyed our time together and hope you have too. Until we meet again, be blessed. 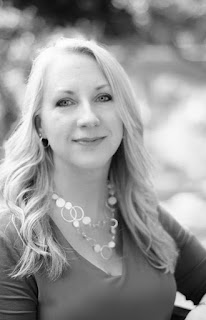 Multi award-winning author, Michele K. Morris’s love for historical fiction began when she first read Laura Ingalls Wilder’s Little House book series. She grew up riding horses and spending her free time in the woods of mid-Michigan. Michele loves to hear from readers on Facebook, Twitter, and here through the group blog, Heroes, Heroines, and History at HHHistory.com.