Before the sun rose on the morning of June 13, 1942, a rubber boat carrying four men and various supplies landed on what is now known as Atlantic Avenue Beach on the Long Island shore. The men had traveled across the Atlantic Ocean from Europe.

Not exactly across the Atlantic. More accurately, they crossed beneath the ocean’s surface in a German U-boat.

They wore German naval uniforms in case they were caught when they landed. But no one else was around on the lonely beach so they hurriedly changed into civilian clothes.

The leader of the group, George Dasch, had lived most of his adult life in the U.S. He’d even served in the U.S. Army Air Corps. Yet here he was, at the age of 39, participating in a mission to identify and destroy various targets, such as aluminum plants and railway lines, that were vital to the U.S. war effort.

Unfortunately for the group, a young seaman with the U.S. Coast Guard patrolled the shore. After a brief conversation, the seaman accepted a bribe from Dasch and walked away. But as soon as he was out of sight of the Germans, he raced to the nearby station and announced that there were Germans on the beach.

By the time the Coast Guard arrived at the beach, Dasch and his men were gone. But they’d left behind “buried treasure.” The search team found money, German uniforms, and even dynamite.

Four days later, on June 17th, another team of four Germans landed on a beach south of Jacksonville, Florida. They also buried explosives in the sand before taking a train to Cincinnati. From there, they split up with two of the potential saboteurs heading for Chicago and the other two to New York City.

But unbeknownst to this second team, George Dasch planned to betray the entire operation. In fact, he’d already called the FBI office in New York. Apparently the agent he spoke with didn’t believe his claim that he was part of a German espionage operation. 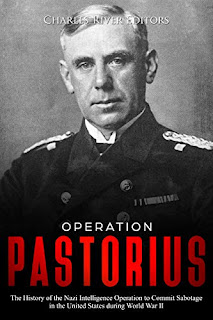 But Dasch didn’t give up. He traveled to Washington, DC and called that FBI office. After he told them where he was staying, agents arrived at his hotel, interrogated him, and took him into custody. By June 27th, all the other saboteurs had been arrested—even those who’d landed in Florida.

The unnamed author is correct about the operation being “very public.”

J. Edgar Hoover, the head of the FBI, delighted in touting the agency’s success in quickly apprehending German saboteurs before they caused any damage. He didn’t tell the press that Dasch had surrendered and betrayed the others.

The Germans, including Dasch, were charged with espionage and tried by a military commission instead of in a civilian court. According to the same source as above, President Theodore Roosevelt “was concerned that action in a civil court would take too long and might not lead to the death penalty.”

His Presidential Proclamation 2561 says that enemies who enter the U.S. “to commit sabotage, espionage, or other hostile or warlike acts should be promptly tried in accordance with the laws of war.”

All eight Germans were found guilty and sentenced to death. However, Roosevelt commuted Dasch’s sentence to thirty years imprisonment. Ernest Burger, who knew of Dasch’s plan to betray the teams and assisted the prosecution, had his death sentence commuted to a life sentence.

The other six Germans were executed by electrocution on August 8, 1942 and buried in a potter's field.

Dasch may have thought his betrayal would make him an American hero. Hoover had promised that both Dasch and Burger would receive pardons for their testimony, but that never happened. Instead, President Truman deported both men back to Germany in 1948. Needless to say, their countrymen considered them traitors.

Phillip Clayton is an FBI agent and the hero of my latest novel, The Cryptographer’s Dilemma. Before beginning his new assignment with my cryptographer heroine, Phillip was involved in capturing the Operation Pastorius spies. His reaction to the trial is a subplot of the story.

I shared other topics I researched for the novel in previous HHH posts. Here are the links: 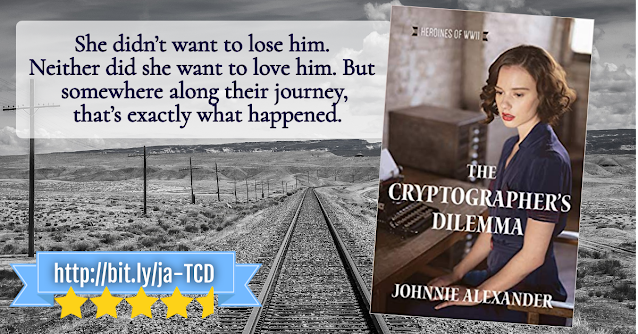 Johnnie Alexander imagines stories you won’t forget in multiple genres. A fan of classic movies, stacks of books, and road trips, she shares a life of quiet adventure with Griff, her happy-go-lucky collie, and Rugby, her raccoon-treeing papillon.
Purchase The Cryptographer's Dilemma at http://bit.ly/ja-TCD.

Note: The quotes in this post, including from the Presidential Proclamation, are from Operation Pastorius: The History of the Nazi Intelligence Operation to Commit Sabotage in the United States during World War II by Charles River Editors, Columbia, SC, July 2020. Pages are not numbered.