This month marks the 32nd anniversary of the unsolved theft of thirteen works of art from the historic Isabella Stewart Gardner Museum in Boston.

The empty frames still hang on the museum’s walls as a reminder of the loss. The thieves cut the canvases from these frames during their night of artistic looting.

Thanks to the guards’ testimony and the museum’s infrared motion detectors, law enforcement officials developed a timeline of the events. Here’s what happened on March 18, 1990.

1:20 a.m. ~ Two men, disguised as police officers, ring the buzzer on the museum’s side door. Using the intercom, they tell the guard that they are responding to a disturbance.

1:24 a.m. ~ The guard, Rick Abath, isn’t aware of a disturbance but St. Patrick’s Day revelers are still in the area. Believing the men to be police officers, he lets them in. Randy Hestand, the second guard, returns to the security desk.

The supposed police officers handcuff both guards, cover their eyes and mouths with duct tape, escort them to the basement, then handcuff them to a steam pipe and a workbench. The thieves threaten the guards and promise a reward “in about a year” if they keep quiet.

1:48 a.m. ~ The thieves enter the Dutch Room on the second floor where they smash the devices that beep when visitors get too close to a painting. They throw selected paintings to the floor to break their glass frames then cut the canvases from their stretchers.

1:51 a.m. ~ One thief enters the Short Gallery on the second floor. The second thief soon joins him. They remove a few screws from a frame displaying a Napoleonic flag but give up.

The men steal a painting from the Blue Room on the first floor, but the motion detectors in this room only recorded the movements of one of the guards who patrolled the room before the thieves entered the museum.

The thieves return to the basement to check on the guards then go to the “security director’s office where they took the video cassettes that recorded their entrance on the closed-circuit cameras, and the data print-outs from the motion detecting equipment. The movement data was still captured on a hard drive, which remained untouched” (Boser).

The robbery isn’t discovered until the morning guards arrived for their shift.

The thirteen stolen works of art were valued at $200 million at the time of the robbery and are estimated to be worth $600 million today. Here’s the list:

Three Rembrandts: The Storm on the Sea of Galilee, his only known seascape; A Lady and Gentleman in Black, and a self-portrait etching about the size of a postage stamp. 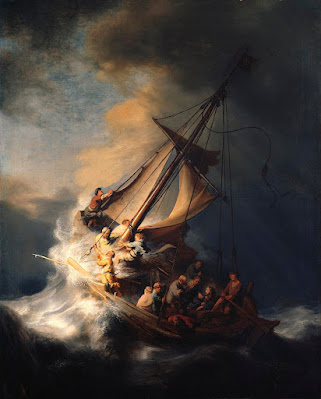 Landscape with Obelisk, once believed to be a Rembrandt but now attributed to Govert Flinck, one of Rembrandt’s students. 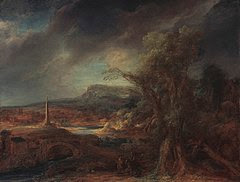 Vermeer’s The Concert, believed to be the most valuable stolen object in the world. 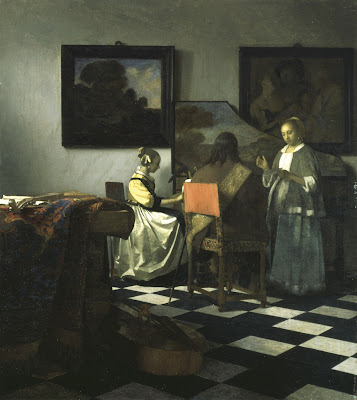 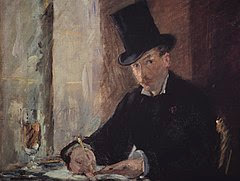 A French Imperial Eagle finial from the corner of the Napoleonic flag (the one with the partially unscrewed frame). 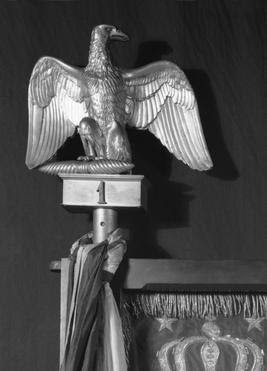 Authorities remain puzzled by what the thieves didn’t take.

The most valuable painting in Boston, Titian’s The Rape of Europa, hangs in the museum’s third floor. Works by Raphael, Botticelli, and Michelangelo were also ignored.

Despite a huge reward, multiple tips, and diligent investigations, the thieves’ identities and the whereabouts of the stolen art remain a mystery.

According to the article, Marks, a known career criminal, “was friendly with a fellow mafia man, the late Robert ‘Bobby’ Gaurente,” a prime suspect in the theft who authorities believe transported “some of the stolen paintings from Boston to Connecticut and eventually Philadelphia.”

An anonymous tipster said that Marks bragged about hiding a few of the paintings a few days before he was shot—twice—in the back of the head. His murder hasn’t been solved, but in 2015 Gaurente’s widow told investigators that her husband had killed Marks.

Perhaps authorities are a step or two closer to solving the Gardner Museum mystery and finding the missing art. Or maybe the only ones who hold the answer to the mystery are no longer alive to tell it. <<cue spooky music>>

For a fictional solution to the theft, you might enjoy reading A Dream Within a Dream by Melissa Kosci and Mike Nappa (Revell).

This is a Robbery: The World’s Biggest Art Heist, a four-part documentary series, is available on Netflix.

All images are in the public domain except for the Napoleonic Flag finial and the Chinese gu. These two images are "fair use" as they "illustrate the subject in question" (Wikipedia). 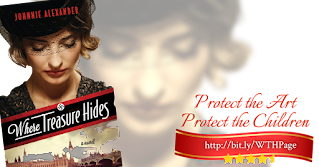 Johnnie Alexander imagines inspiring stories in multiple genres. Where Treasure Hides, her debut novel, is a CBA bestseller and has been translated into Dutch and Norwegian.
A fan of classic movies, stacks of books, and road trips, she shares a life of quiet adventure with Griff, her happy-go-lucky collie, and Rugby, her raccoon-treeing papillon. Visit her at johnnie-alexander.com.
Posted by Johnnie Alexander at 1:30 AM