Traveling in a Covered Wagon – by Donna Schlachter – with Giveaway

Read all the way through for a chance to win a free book!

In last month’s post, we looked at the kinds of wagons that carried families and their goods west, as well as their designs. We saw that the famous Conestoga wagon wasn’t well-suited for the rough travel across the plains and through the mountains. Still, that didn’t stop some folks from trying.

In this post, we’ll slow down a little and take a glimpse inside the typical wagon that traveled west toward California and Oregon from the 1850s and on through even into the 1920s. Not every family could afford to travel by stagecoach or even the train, and so many wagons continued as their only source of transportation.

In planning a trip of this magnitude—thousands of miles, six months or more on the trail—families had to consider what they’d need along the way; what they’d need once they got where they were going; and what they couldn’t bear to leave behind. In many ways, their questions were similar to what we might ask ourselves today if we decided to move halfway across the country. The major difference was the length of time and the difficulty of travel for them as opposed to us.

Food, of course, was a primary concern. A barrel of flour was a must, since most meals included either bread, biscuits, flapjacks, or some other form of starch. Meat was scarce, as were ways to preserve it so it would last the heat and rain of the journey, so most meat was hunted along the way. Beef jerky was often prepared and stored in burlap sacks.

Coffee, sugar, and baking ingredients, such as baking powder, salt, soda, and spices, were carried in smaller leather or paper sacks, often stored in a chest. Honey might be hidden away. A sack of beans was a staple, and if somebody in the wagon knew about healing, ingredients such as mustard for plasters, milk thistle for fever, and other natural ingredients would be vital in case of illness.

Quilts were a common thing to bring, as they would serve as mattress, cover, a bed under the wagon, and even an extra layer of clothing should the weather turn cold. Oilskins were a treasure for driving in the rain.
Depending on the beasts used to draw the wagon, different foodstuffs might be carried, too. For horses, grain in addition to sweet grass grazed along the way helped keep up their stamina. For oxen or mules, they could survive on foraging.
An extra wheel, a spare axle, a set of leathers, and if using horses, spare horseshoes would be stowed in boxes attached to the outside of the wagon. A butter churn hung from a hook at the rear tailgate could make butter in a day. Cook pots, including a dutch oven, coffee pot, and a large boiler, aided the wife in preparing meals. Sometimes, though, if weather was rainy or the wagon train was forced to keep moving, the family ate cold leftovers.

Additional tools, such as shovels, hammers, axes, ropes, and grinding stones were carried in a tool box built under the front seat or attached to the outside of the wagon. A bucket holding lard or grease would hang from a peg on the rear axle, and the hubs would be greased to keep them moving easily and not wearing on the wood.

A water barrel hung from the side of the wagon, or perhaps was kept inside, depending on the size of the family and amount of space. Often it was the younger children’s responsibility to fill this barrel at every available stop. The stock was watered first, then the family. Often water had to be rationed, since sometimes days could pass without seeing a river or lake. Bathing and laundry was limited to local water sources.

Clothing was hung from pegs or hooks suspended from the ribs holding up the canvas cover. Some families included large furniture, such as a rolltop desk, parlor chairs, or even an organ. As you can imagine, many of these pieces were discarded along the way.

Stories are often told of a family falling ill with cholera, typhoid, measles, smallpox, and the like. In that case, they’d pull out of the wagon train they were currently in and wait by the side of the trail. Once recovered, they’d join the next train along. Sometimes, if they were found to be sick, they’d be abandoned at the muzzle of a rifle. With few remedies, nobody wanted to be around the sick.

Forts and towns along the way often sold goods and supplies to families, so carrying cash was a necessity. Unfortunately, many emigrants were robbed and killed by trail pirates.

As you can see, traveling west took a great deal of planning, strength, and mental acuity. It’s no wonder there are so many graves along the Oregon, Santa Fe, and California trails. Some estimates are as high as an average of one grave per mile.

Question: what would be one thing you would have to take with you if you traveled west in a covered wagon? Leave a comment, and I’ll draw randomly for a print (US only) or ebook copy of Calli. 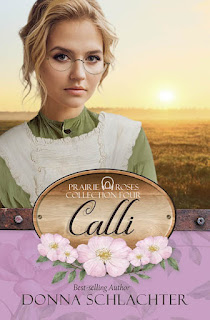 Calli works as a nurse with the US Army at Fort Bridger, Wyoming in 1880. When a wagon train full of discouraged emigrants passes through on its way east, a pregnant widow delivers her baby then dies. Bradley Wilson, leading this train, has few options. He asks Calli to travel with them until they find a relative to take the child in St. Joe, Missouri. Calli, drawn to both this dark and quiet man and the child, resists. But when she disappears, he wonders if she’s run away or been kidnapped. Can these two put their pasts behind them and move into a new future together? Or will Calli insist on having things her own way? 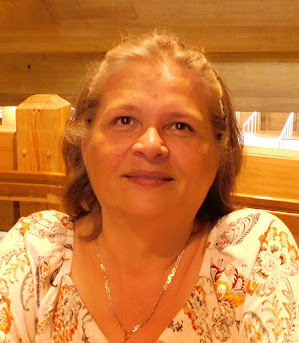