Tolkien - More than an Inkling for Language

“If you could speak to a person, alive or dead, who would you choose?” Today, I would name J.R.R Tolkien, author of The Hobbit and The Lord of the Rings trilogy.
Consider his life from 1892 – 1973. John Ronald Reuel Tolkien observed countless inventions in his 81 years. From modes of transportation to modes of communication, he witnessed leaps and bounds in modernization and convenience. I would be interested to hear his impressions and perspectives on how these innovations impacted his life, especially with his documented disdain for the “machine.” Another motivation is that I would like to understand how he designed such well-developed stories, worlds, and characters. We can immerse ourselves amongst his Ents (beings that resemble talking trees), Hobbits, High Elves, and in Rivendell, or Middle-earth. They are vivid as if we are living in and with them as we read. The depth and layers in his concepts are formidable. However, the main reason I would like to engage him in conversation is language. What I am referring to is his penchant for the creation of language itself.

When I was settling on a topic for the March post Sequoyah - Creator of the Cherokee Syllabary one of the first things I recalled was the 2019 movie, “Tolkien.” If you watched the film, you might remember the scenes where J.R.R. Tolkien was in the process of establishing his own language. I later discovered that he labored on the Elvish language for forty years before publishing The Fellowship of the Ring in 1954. He knew thirty-five tongues, ancient and modern. Can you imagine? Supreme Polyglot! This individual constructed fifteen languages and dialects in the Elvish language family alone. Not only did he craft the written and spoken languages, but he also deemed it necessary to have a new system of sign language for the dwarves. Since they worked in the mines, they needed an effective means of communicating in the din down below. Tolkien gave his languages history, tied them to mythology, and allowed them to evolve over the years. This process follows natural progressions of language. I read that people can consider his languages incomplete as they lack idiomatic expressions. With the complexity of his Art, I imagine this could have been a deliberate decision on his part. We may never know. 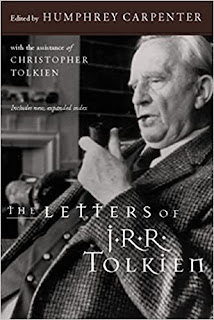 Since there is no opportunity to speak with Tolkien, I found a book that gives insights into his thoughts and processes via his letters. Perhaps you would like to add “The Letters of J.R.R. Tolkien” to your TBR pile?

If you would like to read a bit more about Tolkien, try the article on Biography.com, J.R.R. Tolkien. Or if you would rather, watch a documentary: JRR TOLKIEN '1892-1973' - A Study of The Maker of Middle-earth. 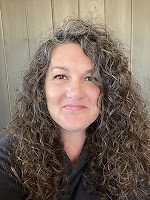 Rebecca May Davie is the YouVersion Content Creator for NBS2GO/ Neighbor Bible Studies 2GO - a Cru Ministry. She has uploaded over 66 plans on the Bible.com app. Rebecca is living in the mountains with her husband, the youngest of their two sons, and a rescued dog named Ranger. If it were up to her, she would be traveling right now. Not quite a polyglot, Rebecca speaks English and French as her L2. College courses last year gave a rudimentary grasp of Italian. She hopes to learn Spanish next. Meanwhile, Rebecca is working on her first fiction novel. This story unfolds from the 1830s in Northern Georgia.