Sequoyah - Creator of the Cherokee Syllabary

Language. One simple word that is anything but.
I am infatuated with languages. I remember pretending to speak my own version and mimicking accents with friends when I was a young child. All these years later, I am still hoping to earn the Polyglot moniker. Why is language so alluring? What captivates my interest? Is it the accents, dialects, idioms, structures, history, etymology, or entwined cultures? Each of those aspects and so many more feed my fascination. Merriam-Webster.com defines language as “the words, their pronunciation, and the methods of combining them used and understood by a community.” So, to the above list, I will add… the people.
Without the gift of language, especially in written form, we would have limits. The ability to write and record language opens doors to connect, read, learn from afar, work, collaborate, send a note – email – text, and even formulate TikTok videos.
If you would like to see variations of language, try Google translate. Type in a short sentence and find the result in a few of their 109+ offerings. Most even have a speaker option so you can hear the answer. Experiment with an unfamiliar tongue to see and hear the diversity. Many languages have beautiful fonts and bonny tones. Two weeks ago, I was working with Burmese for our ministry. Are you familiar with their characters? They are lovely. The following sentence means I love to read.
ဖတ်ရတာ သဘောကျတယ်။

Have you ever considered how languages develop over time? This is a lengthy process tied to history, the influences of other cultures, and other factors. Language is not commonly the project of a single person. Yet there is a monolingual individual without a formal education, who had no knowledge of writing or reading, who assembled a complementary syllabary to his spoken language. How could he generate a system that would be of immediate use and go on to influence the formation of other languages? Sequoyah, a Cherokee, also known as Sogwali, accomplished this feat.
Sequoyah observed the Caucasian settlers where he lived. They had the ability to communicate across distances. He discussed this among his people who were not in favor of recording their thoughts. In their opinion, this was witchcraft. Despite this challenge, he continued to contemplate the scenario when he served in the US Army during the War of 1812. Fighting in the battle at Horseshoe Bend, he watched soldiers employing this method to connect with fellow soldiers and family.
When he returned to civilian life, he toiled as a blacksmith. Out of necessity, he needed a system to record orders and payments. As he was artistic, he would sketch the customers’ likenesses and would use a rudimentary system to retain amounts and objects. This became labor-intensive over time. It is speculated that due to this need and what he observed in exchanges between soldiers, he began the arduous task of creating a solution.
Sequoyah invested 12 years to compose a system of 86 characters that placed on paper what was an oral language up until that point. Due to his usage of syllabary (characters representing sounds), rather than individual letters, the compilation was easy to master. His daughter was the first to use the written characters. She participated in demonstrations for the Cherokee to prove the efficacy and remove doubts or superstitions. Sequoyah and his daughter went to separate locations. They each wrote messages to the other, then exchanged the missives. They employed this process to prove that the syllables did indeed represent sounds for communication.
The Cherokee Nation adopted Sequoyah’s syllabary in 1825, which spread quickly. This invention allowed them to write a constitution and print the Cherokee Phoenix, a newspaper. These were crucial elements during a harrowed time. It is recorded by the Cherokee Nation of Sequoyah, “He accomplished a feat, which no other person in history has done single-handedly…he brought our people literacy and a gift of communicating through long distances and ages. This one person brought to his people this great gift without hired educators, no books and no cost.” -Georgia Historical Society.
If we consider Sequoyah’s contribution to the Cherokee alone, he provided a means for his nation to communicate across distances. He enabled them to design and record a constitution. The first bilingual and tribal newspaper in the US, the Cherokee Phoenix was born. All these accomplishments were key as they began the fight to remain on their land. In addition, due to the success of his syllabary, other people groups developed their own systems. Sequoyah influenced over 20 scripts for more than 65 languages.

If you would like to learn more about Sequoyah and his life, this video gives a short history.

Do you speak languages other than your native tongue? How would your days be impacted if you only had means of oral communication? 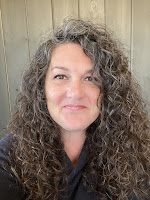 Rebecca May Davie is the YouVersion Content Creator for NBS2GO/ Neighbor Bible Studies 2GO - a Cru Ministry. She has uploaded over 66 plans on the Bible.com app. Rebecca is living in the mountains with her husband, the youngest of their two sons, and a rescued dog named Ranger. If it were up to her, she would be traveling right now. Not quite a polyglot, Rebecca speaks English and French as her L2. College courses last year gave her a rudimentary grasp of Italian. She hopes to learn Spanish next. Meanwhile, Rebecca is working on her first fiction novel. This story unfolds from the 1830s in Northern Georgia.