by Rebecca May Davie

As the first Native American newspaper, it was also one of the few bilingual papers. From what I was able to discover, the only other paper in existence at the time was The Baton-Rouge Gazette. This edition existed in French and English from 1819-1856. It is possible that the German paper, Die Bloomfield Germania was in print at that time, though I was unable to locate an initial year or whether it featured both languages.

Consider the significance of this achievement. Sequoyah created a syllabary, enabling the possibility of the Cherokee language in print. (You can read more about Sequoyah here.) Their system of communication is in effect shortly after they adopted the syllabary. This printed resource then provided information for Cherokee and English speakers alike. It enabled connection between the Cherokee in what is now Georgia and other locations in America. They became united as the plight to stay on their land unfolded.

On July 4, 1776, Congress declared, “We hold these truths to be self-evident, that all men are created equal…” It is heartbreaking to recall that still in the 1830s of America, not all were treated as such. Newcomers forced out those who lived there first. Without getting in too deep, suffice it to say there were individuals claiming the Cherokee were not capable of “civilization.” Ponder that for a minute. Their successes to that date portrayed a different story: syllabary, bilingual printed news, governing body, and much more. This book, Records of the Moravians offers first-hand accounts of missionaries in The Cherokee Phoenix. Featured on the cover is an image of the original publication.

Timeline for The Cherokee Phoenix

1825 – The Cherokee adopted Sequoyah’s Syllabary. Without it, the newspaper would not exist.

1827 – In October, Elias Boudinot submitted a proposal for the newspaper.

1828 – On February 21, they printed the first edition of The Cherokee Phoenix in New Echota, Cherokee Nation (present day Georgia).

1829 – The name evolved to The Cherokee Phoenix and Indian Advocate.

1834 – Cherokee government no longer had funding to print the paper. The Georgia Guard destroyed the office and press.

2000 – The name changed again to The Cherokee Phoenix and Indian Advocate.

2007 – The publication reclaimed the original name – The Cherokee Phoenix.

Present day – The Cherokee Phoenix is present in print, online, on radio shows, and on social media. What would Sequoyah and Elias think of those avenues?

The timeline above proves resiliency. Look at the current Cherokee Phoenix. If you would like to see the original paper, the Library of Congress has scanned copies available. How neat is that? Read the March 6, 1828, edition. Or if you care to learn more about the history, peruse this post from The New Georgia Encyclopedia. 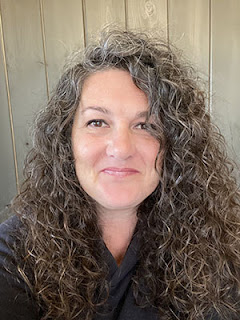 Rebecca May Davie is the YouVersion Content Creator for NBS2GO/ Neighbor Bible Studies 2GO - a Cru Ministry. She has uploaded over 71 plans on the Bible.com app. Rebecca is living in the mountains with her husband, the youngest of their two sons, and a rescued dog named Ranger. If it were up to her, she would be traveling right now. She is working on her first fiction novel. This story unfolds from the 1830s in Northern Georgia. Connect with Rebecca:
Website
Clubhouse
Facebook
Goodreads
Instagram
Pinterest
Twitter
“Let your fiction grow out of the land beneath your feet.” – Willa Cather
Posted by Rebecca Davie at 12:00 AM