Hello, readers! Are you ready for more interesting history about the oldest masonry fort on U.S. soil? If you’ve been following along, you’ve learned all about the fort’s founding and how it was passed between Spain, Britain, Spain again, the United States, and even fell to the Confederate Army during the American Civil War. Last month, I told you how, for a period of three years during the 1870s, the fort became home to seventy-three Plains Indians. And this month, I’ll share another interesting chapter of the Castillo’s history—the internment of the Apache Indians.

Just as we learned in last month’s post about the Plains Indians, the Native Americans of all tribes were struggling to acclimate to the idea of so many white men flooding into what had been their traditional territories. The Apaches were no different, and conflicts sparked between these groups all across Arizona for decades. Fierce warriors that they were, the Apaches fought hard against the incoming settlers, making homesteading in the Southwest a difficult endeavor. The Frontier Army came in and attempted to subdue the Apaches, placing them on reservation lands, but as so often happened, those promised lands ended up being found to have hidden value in the form of gold, silver, or other resources. Or the government didn’t deliver the promised supplies—cattle and other food supplies, blankets and clothing, etc. So new treaties were negotiated, and new boundaries drawn up, shrinking the sizes of reservations or moving them to new locations all together, all so that white men could capitalize on the resources they’d found on reservation lands—or with more promises of better supplies in the new locales. As anyone would, the Apaches grew tired of this shuffling and broken promises. Bands began breaking out of the reservations to go again on raids and make war on the Army and settlements for these unfair practices, as well as to provide for their families. Ultimately, this war went on for years, but slowly ended as Apache leader after Apache leader finally surrendered when they couldn’t keep going.

Similar to the Plains Indians, various Apache men were chosen to be sent to Florida for incarceration at Fort Marion. What was different from the Plains Indians incarceration was that women and children were also sent to the fort. They arrived by train on April 16, 1886. Of course, all of St. Augustine came out to gawk at the new arrivals. The oldest men came first, wrapped in their blankets. Following them came the younger warriors. And lastly, the women and children. While large, the fort could comfortably sleep 150 or so, not the 502 who ended up being sent to Florida for imprisonment. Some of the Apaches were made to sleep in the casemate rooms surrounding the inner courtyard, and many others were sent to the gundeck above to sleep in Sibley tents.

As you might imagine, life was difficult in a strange new place, particularly in such tight quarters. The Apaches were given a pound of beef per adult per day, with children receiving half that; fresh bread each day; vegetables and grains like rice, turnips, hominy and beans, as well as a small weekly portion of potatoes and onions. The women were expected to cook the food themselves, except for the bread, which was made down the street at St. Francis Barracks and carted over each morning. They drank coffee with sugar, or they had water from the well within the fort’s walls.

There were twelve Apache children born during the year they were incarcerated at Fort Marion, the first of which was Geronimo’s daughter (aptly names “Marion”, although she later changed her name to Lenna). Unfortunately, there were also several deaths in that year. When you stop to consider the sheer number of people in such confined spaces, it isn’t surprising that illness ran rampant among them. Colonel Langdon, who was in charge of overseeing the Apache prisoners, brought in Army physician, Dr. DeWitt Webb, to treat the men, women, and children. Despite his best efforts, Dr. Webb reported that he lost numerous patients to various diseases, such as dysentery, acute bronchitis, marasmus (or wasting disease), old age, epilepsy, tuberculosis, and neonatal tetanus. All told, twenty-four Apaches died during that year in St. Augustine.

In order to make more room during the daylight hours, the Apaches were allowed to spread out outside the fort walls on the grounds and go into town, but even so, there wasn’t much for them to do. Children played games while the adults saw to the needs of their families, cooking, mending clothing, and repairing their few belongings. There wasn’t enough space for much else. The women would weave baskets to sell to locals and tourists, and men and boys would make and sell bows and arrows, as well as offer lessons in how to use the weaponry. However, with the overcrowded conditions, it was harder for the Apaches to make and sell their wares than it had been for the seventy-three Plains Indians a decade before.

The prisoners began turning to gambling and card games to pass the time until Colonel Langdon came to the same conclusion that his predecessor, Lt. Richard Henry Pratt, had. They needed stimulation, and it would come through education and assimilation. Colonel Langdon contacted Richard Henry Pratt in Carlisle, PA, to ask him to return to Fort Marion and interview the children to see if any would be a good fit at the Carlisle Indian Residential School, of which Pratt was the founder and headmaster. Upon Pratt’s visit, he selected 103 of the children to return with him to the school, and they young ones were immediately sent on their way under Pratt’s care. At the Carlisle Indians School, they children were given military-style uniforms to wear, their hair was cut short, and they were given Christian names.

Of the roughly four hundred remaining Apaches, Colonel Langdon again called upon St. Augustine’s women to begin educating the Natives. Just as with the Plains Indians, Miss Sarah Mather and other local women set up classes so the Apache adults could learn to read, write, and speak English, as well as some simple arithmetic, science, and other subjects. Those children who were not taken to Carlisle, PA, were taken each weekday to a local nunnery where the Sisters of St. Joseph educated them in similar subject matter. Unlike Lt. Pratt before him, Colonel Langdon did not implement a physical training program or having skilled craftsman teaching the Apaches their crafts—more than likely because there were too many prisoners and not enough space for such education.

After roughly one year, those Apaches left in St. Augustine were moved again, this time to a reservation in Alabama, and later to Ft. Sill, Oklahoma, where they remained. 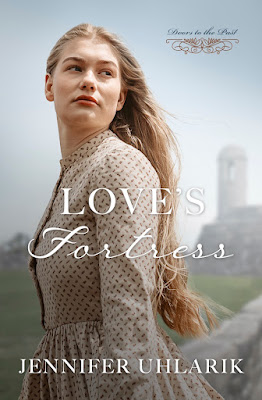